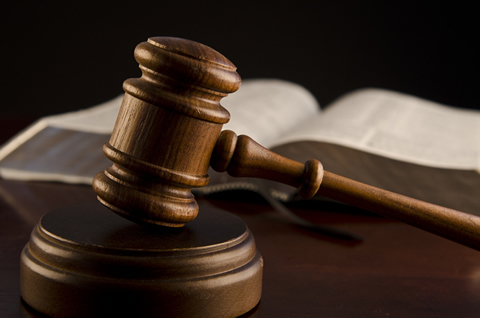 The Supreme Court has dismissed a review application seeking to overturn its own decision on a $60million judgment debt against the National Investment Bank, (NIB).

According to the justices of the Supreme Court, the review suit filed by Dominion Corporate Trustees failed to meet the conditions of a review.

The Supreme Court in June last year overturned a $60 million judgment debt entered against NIB by the High Court in February 2013.

This was after NIB appealed the decision of the High Court and which was later upheld by the Court of Appeal in October 2015.

The interest on the amount, per the High Court judgment, was 11 percent, effective January 29, 2009, till the date of final payment.

The High Court’s decision was as a result of a legal action against NIB by Dominion Corporate Trustees Limited on behalf of certain investors who purchased promissory notes issued by Eland Ghana Limited and allegedly guaranteed by NIB.

The suit was commenced against the NIB by Standard Bank Offshore Trust Company, which was later substituted by Dominion Corporate Trustees Limited, on behalf of investors who had purchased promissory notes issued by Eland Ghana Limited and guaranteed by NIB.

Under the terms of the transaction, the investors had to pay a discounted total sum of US$45 million in May 2007, and upon maturity of the promissory notes on January 29, 2009, reap US$60 million, thus earning US$15 million in profit.

During the trial, Mabel Aku Baneseh reported that the NIB led evidence to show that its Managing Director at the time, Mr Daniel Charles Gyimah, signed the guarantee without any authorisation from the board.

The bank also led evidence to show that the US$45 million was not utilised for the advertised purpose but was rather distributed by Mr Gyimah to Eland Ghana Limited and companies connected to it.

The largest beneficiary was Sphynx Limited, USA, which was given US$24 million. It also emerged that Sphynx Limited was a fully owned subsidiary of Iroko Securities Limited.

In the counterclaim, the bank joined Mr Gyimah, who according to the NIB did not have the mandate to authorise the promissory note. Also joined to the counterclaim was Eland International Ghana Limited.

But the court, in its February 21, 2013, judgement, held a contrary view and declared NIB liable and ordered it to pay the $60 million, with 11 percent interest, effective January 2009 until the day of final payment.

DISCLAIMER: The Views, Comments, Opinions, Contributions and Statements made by Readers and Contributors on this platform do not necessarily represent the views or policy of Multimedia Group Limited.
Tags:
NIB