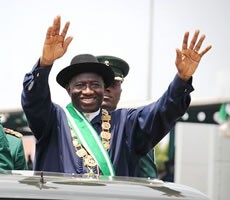 She also said the government was planning to boost economic productivity and infrastructure investment in power, road and rail to create jobs, adding: “We need to maintain macroeconomic stability. We need to manage our fiscal situation in a more prudent manner. Monetary and fiscal policies must work hand-in-hand.”

Recurrent spending currently accounts for 74 per cent of the budget, but Okonjo-Iweala, who doubles as the Coordinating Minister for the Economy, said the government would trim spending to “a more reasonable figure” of 70 per cent in the next four years.

She was speaking at a press briefing in Abuja yesterday.

To control inflation, the CBN targets naira stabilisation by keeping the rate within 3 per cent above or below N150 per dollar. She also said local contractors are owed $34 billion by the Federal Government.
The country’s external debts, she said, currently stand at about $5.7billion, bringing the total indebtedness to $39.7 billion.

She also said that turning the Nigerian economy around was attainable but could not be done overnight considering the distortions suffered by the economy in the past several years. Although she noted that the nation was in a comfort zone vis-a-vis the ratio of its total debt stock put at 20 per cent of the gross domestic product (GDP), she however expressed concern on the rising domestic debt profile, which is about 17.5 per cent of the GDP.

“We need to try and reduce domestic borrowing. We can’t stop overnight because of the shocks, but we have to be cautious on domestic debt,” the minister said, noting that contrary to expectations from certain quarters, there would be no new economic blueprint.

According to her, the Vision 20:2020 blueprint and the Transforming Nigeria Document would remain the bedrock of the economic agenda, noting that the major thrust of the administration’s economic agenda is jobs and pro-jobs growth.

She stated that all the credible opinion surveys showed that jobs and infrastructure, especially power, are the two top priorities Nigerians want government to focus on.

Okonjo-Iweala listed security, infrastructure, agriculture, manufacturing, housing and construction, the entertainment industry, education and health as the key sectoral areas that needed to be given priority attention.