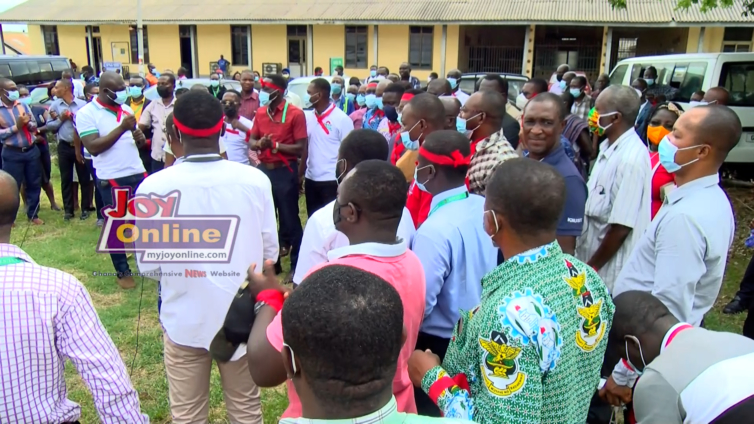 The National Labour Commission (NLC) has directed the Senior Staff Association of Universities of Ghana (SSA-UoG) to end their strike and appear before the Commission on June 9, 2021.

The NLC in a statement dated June 8, stated that the Association’s directive to its members providing essential services to withdraw their services even while they were meeting with the Fair Wages and Salaries Commission (FWSC) was in contravention of Section 127 (3) of Act 651.

They have therefore called on the Association to rescind its earlier directive and appear before the Commission tomorrow at 3:00pm.

“Failure to abide by this Directive, the Commission will enforce compliance,” it concluded.

The SSA-UoG went on an indefinite strike after the National Labour Commission had failed to resolve delays in the payment of their Tier II pension.

President of the Senior Staff Association, George Ansong stated that unfortunate as it maybe, failure of the government to address concerns on their market premium, pensions and other outstanding challenges, will be the reason academic activities at the Universities will be disrupted.

“The reason we have taken the decision to go on an industrial action is because our concerns surrounding Tier II pension from 2010-2016 has not been addressed.

According to him, the said money has been available to government since 2010 and the situation is so appalling, it leaves the staff to wonder why they aren’t being given what is due them.

“We feel like we are being deceived because Labour Commission promised us that within two months, we should have finished negotiations,” he added.

Currently, the group is demanding the payment of Tier II pensions of members (2010-2016), payment of market premium and non-basic allowance, and finalisation of negotiations on their conditions of service by the Fair Wages and Salaries Commission.

DISCLAIMER: The Views, Comments, Opinions, Contributions and Statements made by Readers and Contributors on this platform do not necessarily represent the views or policy of Multimedia Group Limited.
Tags:
National Labour Commission
Senior Staff Association of Universities of Ghana (SSAUG)
Strike Action