'No fuel because of holidays' excuse not permissible - Mintah Akandoh to Western Regional Ambulance Service - MyJoyOnline.com 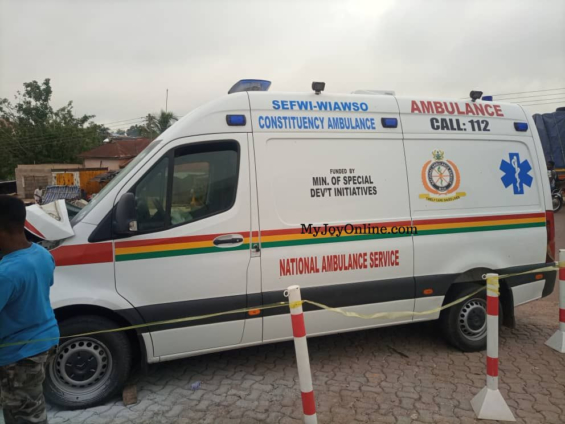 Ranking Member on Parliament’s Health Committee, Kwabena Mintah Akandoh says the Western Regional Ambulance Service’s excuse that they had no fuel because it was the festive season is not permissible.

According to him, accepting such an excuse was akin to normalising something which is not supposed to be normal.

His comments are in relation to an accusation by one John Obiri Yeboah that the failure of personnel of the Ambulance Service to transport his wife to the Korle-Bu Teaching Hospital (KBTH) on time was due to lack of fuel.

Justifying this, the Regional Head of the Ambulance Service, Dr. Tawiah Siameh who was on JoyNews’ PM Express stated that due to the festive holidays, the ambulances did not have enough fuel.

“We told them (Holy Child Hopsital) that because of the time, that was the holiday, when we have these festivities we don’t have enough fuel. So if the hospital could support us, and the hospital agreed that no problem they could do so,” he said.

However, reacting to the comment, Mintah Akandoh noted that the excuse of insufficient fuel in ambulances must not be encouraged or justified.

According to him, the cost of fuel for ambulances must be solely borne by the state instead of being demanded for from patients using the service.

“This must be wholly borne by the state. So the first question is are they adequately resourced to have fuel? If yes and the reason is just that because of the festive season they couldn’t get access to fuel then we have a problem because it is even in the festive season that they must be on high alert.

“And quite apart from that, as ambulance services, they must have a mechanism to have access to fuel 24hours a day. No holiday, because people don’t decide when to have an emergency situation so we must look at that point critically,” he said.

Mr. Akandoh noted that it was for such pressing questions that he has called for a parliamentary probe into the matter and ensure that culprits are severely punished for the role they played; resulting in the death of the new mother.

“We need as a country to know whether or not we have a reliable source of funding for the operation of the ambulance service. It’s very important. No matter the amount of ambulances we’ll buy as a country, if we don’t operate them well, we’ll not achieve the desired result. So for me the only thing that will resolve this matter to its logical conclusion is a probe so that we can ask all the critical questions,” he said.