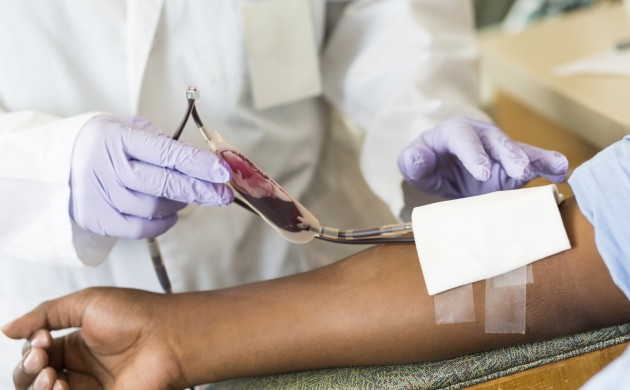 The Public Relations Officer of the National Blood Service Ghana, Stephen Adai Baah, has clarified that no one is required to pay for donating blood.

He said this in response to allegations by a section of the public that prospective blood donors are asked to pay in order to donate blood.

Speaking in an interview with JoyNews’ Michael Papa Nii Asharley, on Wednesday, he explained that the only charges associated with the donation of blood, are related to processing.

On that note, he explained that, “Nowhere or no one is asked to pay for blood donation. When you’re supposed to donate blood, you’re not supposed to pay any money.

But instead, what is done is that, a doctor first has to request that you need blood transfusion. And when that is done, the doctor will give you that prescription form together with your blood sample.

Then you take the blood sample to the blood bank, where the blood will be screened; what we call the ‘cross matching’. So when that is done, you’re required to pay something for that, because it is like you going to the lab somewhere for your own blood check and all that.

We need to make sure that the blood that you are going to be given matches with your blood group; and that you have to pay”.

He continued: “Then after that, when the blood is ready for you to be transfused, you’ll also pay for a processing fee. That doesn’t mean that you’re buying the blood.

Having debunked the assertions about donors having to pay money before donating blood, he further lamented the shortage in the Blood Bank.

In that regard, he stated that his outfit is supposed to retain enough blood supply to distribute to various health facilities as and when the need arises.

However, he said there has been a decrease in voluntary donations, leading to the shortage.

Mr. Addai-Baah therefore pleaded with the public to help restock the Blood Bank, instead of waiting to donate blood only in cases of emergency.

“The Blood Bank, I must say is broke. We’re supposed to have enough blood in stock to be able to supply the hospitals and clinics around us, especially in Accra and its environs.

But as I speak with you currently, the situation is very bad. Simply because voluntary donations nowadays is nothing to write home about. People are not coming out in their numbers to donate blood on voluntary basis.

What people prefer doing now is that they wait until there’s an emergency before they are called upon to come and donate blood. And we have said that, that system of donation is not safe because at the time when there is the need to donate blood, at the critical moment, it could be that you may not qualify.

You may not be well at the time or you may be far away from the patient. And when that happens, the patient may lose the life”, he stated.

He further admonished that, it is better for blood to be in ready supply for patients, than for patients to be in need of blood and have access to none.

Touching on the quantum of blood the Bank needs, he revealed that, “we are supposed to supply about 450 units of blood to hospitals and clinics around us everyday. And the point or the fact that we are not able to do so means that there’s a challenge”.

As part of efforts to help the Bank restock its supply, Mr. Addai-Baah intimated that the Blood Bank is working with its media partners to sensitize the public on the need to voluntarily donate blood and so more frequently.