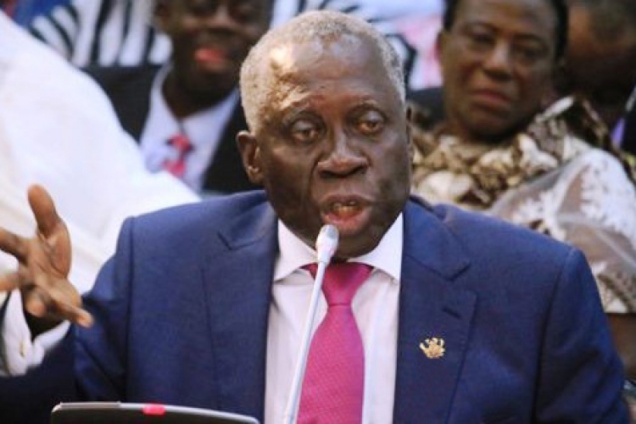 Some New Patriotic Party (NPP) executives in the Akwatia Constituency have accused the Senior Minister, Yaw Osafo-Maafo for the party’s failure to retain the Akwatia parliamentary seat in the just ended 2020 election.

The Constituency Organiser, Kwadwo Owusu Adiomi, alleged that the conduct of the former Finance Minister in the constituency towards the party’s parliamentary candidate, Ernest Yaw Kumi following the defeat of the incumbent Member of Parliament, Mercy Adu Gyamfi affected the party’s fortunes in the just-ended elections.

“I blame Hon. Yaw Osafo-Maafo for the party’s misfortune and defeat in the area because he didn’t endorse the candidature of Ernest Yaw Kumi after her favorite, Ama Sey was defeated during the parliamentary primaries” he said.

But, the NPP’s organiser believes that the ‘skirt and blouse’ voting pattern adopted by the electorates in the area is as a result of some alleged machination adopted by the Senior Minister, the incumbent MP and some party faithfuls against Ernest Kumi.

Already, the Akwatia constituency executives of the NPP served notice of their intention to sack MP, Mercy Adu Gyamfi from the party effective January 7, 2020, over alleged underground dealings against the party.

The party also hinted of plans to suspend some executives who they alleged aided Ama Sey to campaign skirt and blouse votes against NPP’s Ernest Yaw Kumi leading to his defeat in the just ended parliamentary election.

However, a group by name Friends of Ama Sey has debunked claims that the incumbent MP engaged in ‘skirt and blouse’ campaign against Ernest Yaw Kumi.