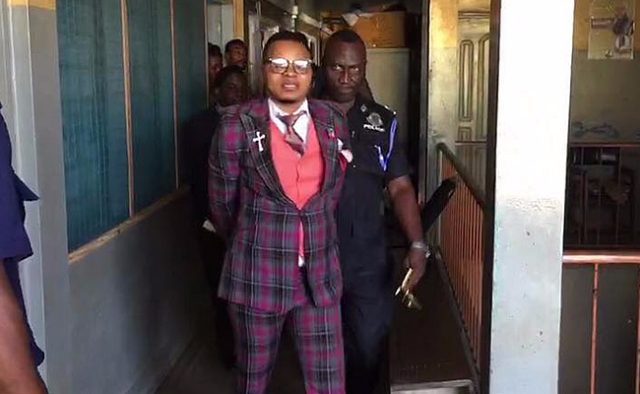 Bishop Daniel Obinim will be in court Thursday possibly over allegations of assault and fraud.

Lawyer for the controversial Bishop, Samuel Atta Akyea, has told Joy news Police intend to put his client before court today but he does not know to what end.

Bishop Obinim spent a second night in Police custody Wednesday after he turned himself in at the Tema Regional Police on Tuesday as part of investigations into his flogging of two teens during church service.

The Police Criminal investigation Department (CID) has also begun investigating him for allegedly duping a businessman of GH¢11.6 million.

Hundreds of his supporters on Wednesday massed up at the Police Headquarters and Nima Police Station to demand his release. He has since been moved to an unknown location to disperse the crowd of supporters.

The Bishop's supporters say the arrest is politically motivated.

Samuel Atta Akyea is pushing for his client's release on bail and has threatened to file a civil suit to demand that if police fail to do so.

“If you flog children in public or even in private, the worst case scenario is a misdemeanour – a bailable offence – I don’t know whether they are using his incarceration as a way of punishment or what. I don’t understand the logic of it,” he said.

Bishop Obinim made the headlines again following a viral video of him lashing two teenagers with his belt. He claims the holy spirit had revealed to him that the two teens had been fornicating.

He was widely condemned as human rights groups called for his arrest.

In an unexpected turn of events, an unnamed businessman has accused the embattled Bishop of defrauding him of almost GH¢ 12 million, an allegation his laywer has described as a 'cock and bull story'.