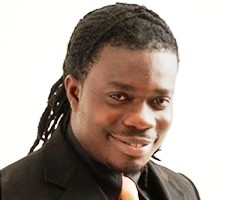 The-incoming Musiga President Bice Osei Kuffour aka Obuor has met contestants at the recent Musiga elections to discuss the way forward for the union.

The meeting which took place on Wednesday at the Musiga Headquarters looked at how best to forge ahead as a united body.

However two of the contestants for the Musiga Presidency, Gyedu Blay Ambolley and Willie Roy failed to attend the meeting though all other contestants were present.

One of the contestants for the Musiga Presidency, Nana Tuffour expressed his willingness to support the incoming administration in any capacity.

Nana Tuffour indicated that Leadership is not one person’s job but teamwork hence his decision to support the new administration.

When Hitz FM contacted Gyedu Blay Ambolley who also contested for the position of President on why he couldn’t make it for the meeting, he said he was in the recording studio hence his inability to attend.

Another contestant Willie Roy also said he couldn’t make it because he was held up somewhere.

Obuor won the elections for Musiga President with 64 votes followed by Nana Tuffour with 51 votes, Gyedu Blay with 20 votes and Willie Roy with 2 votes.

Obuor will be officially inducted into office on September 8 in Accra. The event is scheduled to take place at the MUSIGA Headquarters and will mark the end of out-going president, Diana Hopeson’s administration and the start of Obour’s 4-year term at the helm of affairs of the musicians’ body.