Oceanographer lists causes of storm surge that displaced many in Keta - MyJoyOnline.com

Oceanographer lists causes of storm surge that displaced many in Keta 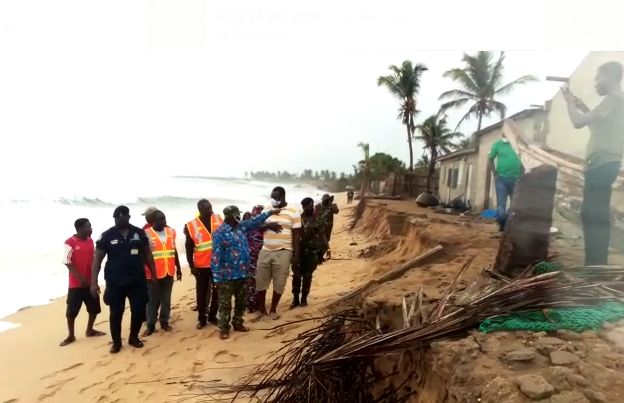 Over 4,000 residents in the Ketu Municipality were on Sunday, November 7, left homeless after a storm surge invaded their homes and swept away properties worth thousands of Ghana cedis.

To educate the general public on what could have caused the tidal waves, lecturer at the Department of Oceanography & Fisheries of the University of Ghana, Mr. Selorm Dzako Ababio, speaking on JoyNews, explained that several factors may have aligned and prompted the storm surge that hit Keta.

They include an offshore storm pushing strong wind towards the shore, a high or spring tide and a low lying coastal environment.

According to Mr Ababio, who is also the Managing Director of Keli Engineering Consult Limited, the hot temperature currently being experienced in the country also accelerated the rising of the water level.

“If you add all these, you will have water rushing into the inland areas. When I looked at the data after the storm surge, I noticed that we had a spring tide, high tide and the highest was at dawn. There was a storm from the Atlantic ocean carrying a lot of wind towards the beach. Then we had experienced a lot of hot weather. So probably there was a low-pressure cell over that area,” he explained.

Prior to his explanation, the Majority in Parliament led by their Deputy leader, Alexander Afenyo-Markin blamed the event on sand winning purportedly carried out by residents in the locality.

However, this has been challenged by the Minority, insisting that images being circulated by the Majority were from acts being carried out in Sierra Leone and not Keta.

Mr. Ababio admitted that sand winning activities are happening currently at the coasts of the Volta Region, and is contributing to the storm surge being experienced. This he said is because the sand on the shore is to serve as a barrier.

“The sand is supposed to act as a natural barrier. Periodically, there is overtopping. It happens naturally. However, if you remove the sand, you are more likely to have an overtopping sequence. I know that all across the coast of Ghana, there is sand winning. It is more prevalent in some parts. It was very prevalent in the Greater Accra Region than even the Volta Region.”

“Laws have been made to reduce this. The intensity has gone down. There is very little industrial-scale sand winning that goes on. It does happen in small scales but whichever scale it is happening on, it has the potential to cause this,” he added.