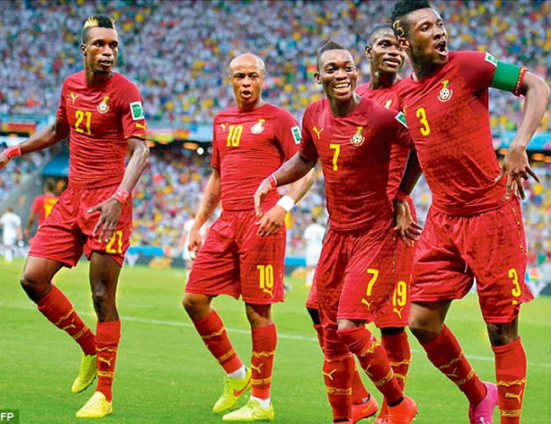 The widely-reported return of Norway-based goalkeeper Adam Kwarasey did not materialise as he was left out of the team which starts camping next week.

According to the list published by the GFA on Wednesday night, Konadu made just two changes from the squad that played Uganda and Togo in last month’s qualifiers for the tournament to be held in Morocco.
South Africa-based defender Adusei is replacing defender John Boye who has just recovered from the injury he suffered while training with the Black Stars last month.
Adusei makes Ghana’s 23-man squad selected for the back-to-back 2015 Africa Cup of Nations qualifier against Guinea.
The Black Stars coach selected 23 players for the two Group E matches in the qualifying campaign.
This means Italy-based midfielder Chibsah, who was part of last month’s 24-man team was left out of the squad for the two matches against Guinea.
The much anticipated return of Adam Kwarasey did not happen as he was not named in the squad.
But Fatau Dauda who recently cancelled his contract with Chippa United was called in the team dominated by foreign-based players.
The Black Stars will travel to Casablanca for the Group E fixture on 11 October for the first with the return game at home scheduled for Tamale the following Wednesday.
The 30th edition of AFCON will be played from 17 January through to 8 February 2015 in Morocco.
Winners and runner-up of each group plus the third-best team will join hosts Morocco for the final tournament.