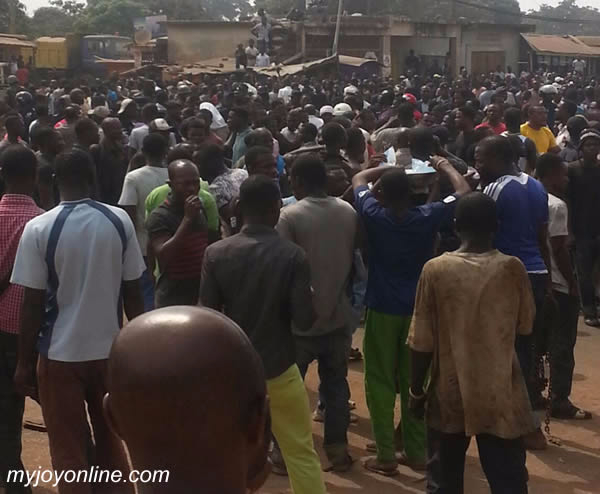 The Peace Council has described the security situation at Old Tafo following clashes between indigenes and Moslem youth as a time bomb.

Chairman of the Regional Peace Council, Professor Seth Opuni Asiamah says even though the security issues have been resolved, little has been done to build peace between the feuding factions.

There have been clashes between indigenes of Old Tafo and some Moslem youth as a result of disagreements over a parcel of land situated at the Old Tafo cemetery.

One person died in the violent clashes which saw scores of people injured in February this year.

The Interior Ministry on the advice of the Regional Security Council (RESEC) imposed a dawn-to-dusk curfew to restore order.

But several weeks after the curfew was lifted the Peace Council is sounding alarming bells.

Its Regional Chairman tells David Akuetteh on Luv FM's Burning Issues program there is still work to be done to restore peace at Old Tafo.

“As it is today, we have solved the security situation, but we haven’t build peace. We haven’t gone in to do peace building," he said.

He said peacebuilding cost money and Peace Council has tried to raise money to do that although they haven’t succeeded adding, "that is why we haven’t built any peace in Tafo."

"We need to move to Tafo and build peace between the Ashanti line and the Moslem line. We haven’t done it that is why I believe Tafo is a time bomb that we are sitting on," Professor Asiamah warns.

He continued, “We haven't handled Tafo well at all. When the issue flared up, we had the security agencies go in to declare a curfew and all that. Things simmered down and then we removed the curfew, removed the security personnel and everybody believed that there was peace in Tafo but we on the Peace Council know that Tafo is only peaceful for now.”

The warning comes as the Member of Parliament (MP) for the area, Dr Anthony Akoto Osei told the press he has been liaising with national security and government to resolve the matter.

The warning, notwithstanding, the Peace Council has been meeting the Regional Minister, John Alexander Ackon on how to find a lasting peace at Old Tafo.

Professor Asiamah is hopeful plans discussed at the meetings with the Chairman of the Regional Security Council when implemented could bring peace to residents of Old Tafo.