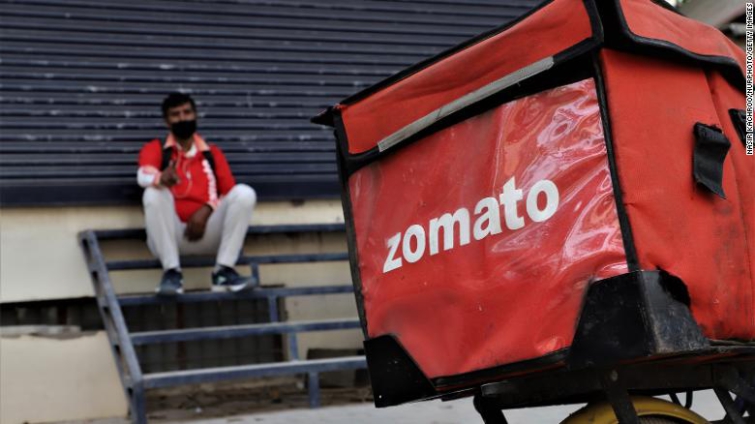 A Zomato food delivery boy takes rest near a closed shop on the outskirts of New Delhi, India on 26 April 2020.

One of India’s biggest food delivery companies says it will give all female employees 10 days of “period leave” a year — a significant milestone in a country where menstruation remains a taboo topic.

In a statement Saturday, Zomato founder and CEO Deepinder Goyal said women and transgender people would be entitled to one day of period leave for each menstrual cycle.

Zomato — which bought Uber’s food delivery business in India earlier this year — is the most high profile company in the country to introduce period leave.At least a handful of other companies have introduced similar policies in the past, according to local media reports.

“At Zomato, we want to foster a culture of trust, truth and acceptance,” Goyal said in an email to staff that was posted publicly. “There shouldn’t be any shame or stigma attached to applying for a period leave. You should feel free to tell people on internal groups, or emails that you are on your period leave for the day.”

He urged anyone who experienced “unnecessary harassment” or “distasteful comments” for taking period leave to speak up, and told male colleagues it “shouldn’t be uncomfortable for us.”

“This is a part of life, and while we don’t fully understand what women go through, we need to trust them when they say they need to rest this out,” Goyal said. “I know that menstrual cramps are very painful for a lot of women — and we have to support them through it if we want to build a truly collaborative culture at Zomato.”

Menstruation is such a taboo subject in India that women in many homes aren’t allowed to cook or touch anyone during their period as they are considered impure and dirty. That social shame can prevent women from talking openly about menstruation, meaning many girls aren’t taught about safe, hygienic practices.

Some in the country have tried to change that stigma. For example, Bihar — one of India’s most populous states — allows women to take two days of leave each month because of “biological reasons.” However, India’s federal government hasn’t pushed to change the nationwide rules around period leave.

Similar schemes have been in place in a number of Chinese provinces and other countries in Asia for years. Women in Japan have been granted menstrual leave since 1947.

Research released last year based on a survey of 32,748 Dutch women between the ages of 15 and 45 found 81% said they had been less productive as a result of their menstrual symptoms. The researchers calculated that on average, women were absent from work or school for 1.3 days per year because of their period — and productivity loss was equivalent to 8.9 days per year.