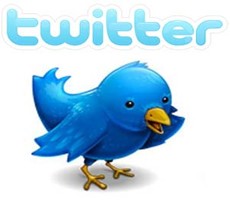 The number of court cases brought by people who say they have been defamed online has more than doubled in a year, experts have said.

Internet-related libel cases in England and Wales rose from seven to 16 in the year ending 31 May, legal information firm Sweet and Maxwell said.

The increase has been linked to a rise in the use of social media sites, such as Facebook and Twitter.

The total number of defamation cases brought to court rose from 83 to 86.

Commenting on the figures, Barrister Korieh Duodu, a media specialist with law firm Addleshaw Goddard, said much of what appeared online was written by people who did not check facts in the way that media organisations do.

But he also warned the trend of journalists using social media sites as news sources increased the risk of defamatory information appearing in national news stories.

“People who find themselves damaged on social media sites can often find it time-consuming and difficult to have the offending material removed, because many platform providers do not accept responsibility for their users’ content,” he said.

“Such is the speed at which information travels through social networks that one unchecked comment can spread into the mainstream media within minutes, which can cause irreparable damage to the subject who has been wronged.”

Mr Duodu said those who provide user-generated content on the internet should be held more accountable for what they write, through stricter regulation.

A spokesman for the Libel Reform Campaign said the draft Defamation Bill, currently going through Westminster, needed specific action to make it easier and less costly for website operators to mount a public interest defence, if they are taken to court for defamation.

“We need the select committee looking at the draft Defamation Bill to make concrete proposals to stop legal threats against internet hosts bringing down entire websites,” added the spokesman.

The UK government said the legislation, to reform libel laws in England and Wales, will help ensure people can state honest opinions with confidence.

Calls to give greater protection to “secondary publishers”, like internet service providers and online discussion forums, has been put out to consultation.