Optimism for adoption of GMOs high in Ghana – UDS Study 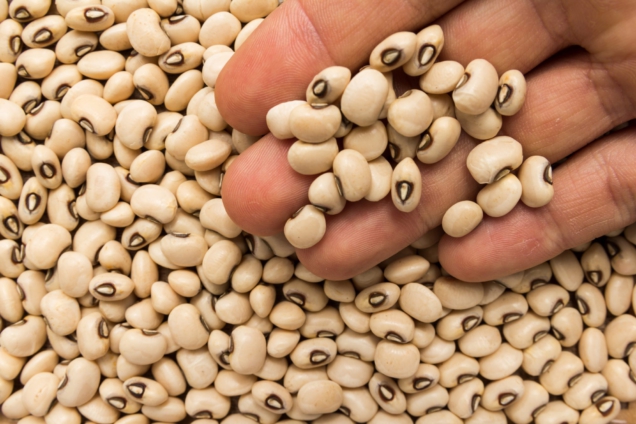 As Ghana considers the approval of Bt cowpea, its first GM crop, a new report by researchers from the University for Development Studies in Nyakpala shows there is growing optimism in its smallholder farming communities that its adoption and that of other drought-tolerant and early maturing GM crop varieties will present more sustainable pathways out of low on-farm productivity and incomes.

The report indicated that 360 smallholder farmers from northern Ghana, a region characterised by food insecurity due to over-reliance on rain-fed agriculture and whose climate and weather patterns are mainly erratic, considered the breeding of drought-resistant crop varieties as the most important prospect in the employment of GM technology in northern Ghana.

61 percent out of the 360 respondents ranked it as the most important, while the prospect of GM technology being used to breed early maturing and high-yielding crop varieties was ranked as the second most important prospect with 31 percent.

For good measure, the farmers were also upbeat that biotechnology, which is greenlighted under Ghana’s National Biosafety Act 2011 and which the Council for Scientific and Industrial Research recently said has the potential to boost agriculture and ensure food security for all in Ghana, would help bring in high economic returns and reduce the cost of weed, disease and pest control.

The prospect of GM crop cultivation helping to reduce the cost of weed control and bringing in high economic returns were respectively ranked by the farmers as 6th and 4th.

Crop pests and diseases have by all accounts, been a huge problem for Africa’s smallholder farmers. A study published last year by the Center for Agriculture and Bioscience International-CABI- indicated that the financial burden triggered by invasive pests in Africa could total more than $65 billion per year.

CABI also estimated that crop losses in African countries due to insect pests averaged about 49 per cent in 2019. The report writers reckoned that crop losses would get even higher in the future due to the growing challenge of climate change.

The farmers who were interviewed from farmer-based organisations across ten districts in northern Ghana.

Dede Ekow, 36, a farmer who has commercially grown cowpeas, cotton and yam in the Chereponi district in Ghana’s northeast region, is one of those interviewed for the last seven years.

“I am hoping for a new lease of life in my farming enterprise when I get the Bt cowpea seedlings and other new pest and climate-resistant crop varieties. I have been losing a lot of crops to pests and more recently, to climate change but I am positive my farming prospects will get better,” Ekow said.

In recent years, calls from Ghanian farmers for the approval of genetically modified crop varieties have grown.

Last year, for instance,  several Ghanian media outlets reported that Cowpea seed growers in the Northern and Upper East regions of Ghana who had lost crops to pests had urged their government to expedite processes to ensure they start using genetically modified (GM) cowpea seeds.

In a statement, they said delays in releasing the GM cowpea variety was a deliberate plan to impoverish them.

Bt cowpea, which has proven to be largely resistant to the Maruca pod borer pest is already commercialised in Nigeria.

Confined field trials in Ghana by the Savannah Agricultural Research Institute (SARI)have shown that farmers can reduce their spraying regime to just twice per season while gaining up to a five-fold increase in yield.

However, some of the farmers expressed reservations, principally on the probable high costs of GM seeds and their unreliable supply; to which the researchers propositioned that public and outdoor campaigns be initiated by Ghana’s Food and Agriculture Ministry and other authorities to address allay the farmers’ concerns.

Since it ratified the Cartagena Protocol on Biosafety in 2003, Ghana has made steady progress towards the adoption and commercialisation of GM technology but very little is known about the expectations and reservations of some of its smallholder farmers yet they dominate the country’s agriculture sector.

Ghana’s smallholder farming sector makes up to 70 per cent of Ghana’s 7.3 million farmers.

Many of the country’s cash and subsistence crops—including cocoa, maise, and cassava—are produced predominantly on small farms.