Ouattara to return to Ivory Coast on Sunday: aide 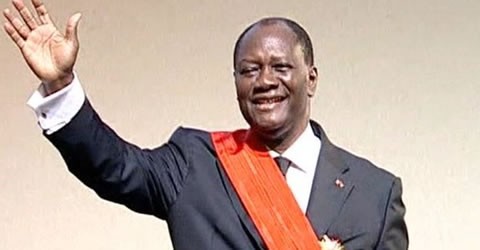 President Alassane Ouattara is due to return to Ivory Coast on Sunday after an operation in a French hospital this month, an aide said on Thursday.

Ouattara, who came to power in the world's top cocoa-producer following a brief post-election civil war in 2011, underwent a successful operation to alleviate pain caused by sciatica, the government said last week.

The 72-year-old leader left hospital earlier this week to recuperate at his Parisian home. Ivorian parliament president Guillaume Soro said in statement on Wednesday he met Ouattara and that he was "doing well, in fact very well".

Ivory Coast is emerging from a decade of political turmoil that saw the country divided between a rebel north and government-controlled south and which fractured society along political and ethnic lines.

Ouattara, an economist and former International Monetary Fund official, has been praised by donors for the rapid renaissance of French-speaking West Africa's largest economy.

Analysts, however, warn that slow progress towards national reconciliation and a failure to reform the army and police still pose threats to Ivory Coast's political stability.

The absence from daily political life of the normally highly visible Ouattara has fuelled rumors in Ivory Coast that his health condition is more serious than officially stated, sparking concern over a potential succession battle.