Our aides are not our spokespersons – Visually impaired tells public 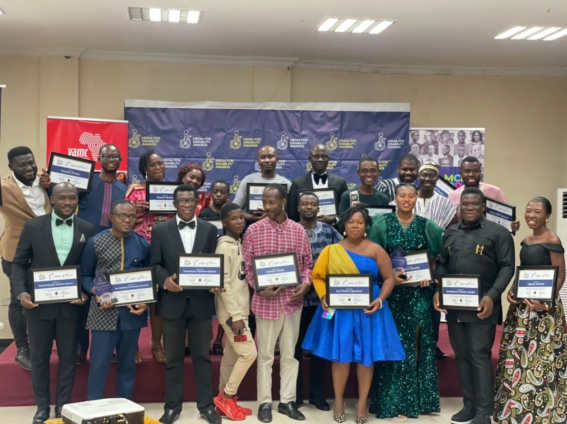 A session of the disabled community has requested for direct public attention and engagement as against focusing on their assistants or aides.

They argued that they have a mind of their own, emotions to express and that paying attention or communicating with their aides only ridiculed their personality, intellect, and capabilities.

The MCBIRD is a project by the Young Africa Media Centre with sponsorship from the US Embassy in Ghana and other partners to provide professional development, guidance and platforms for journalists to effectively report on people with disabilities, their lifestyle and challenges.

In all, 20 young, senior and middle career journalists tagged as fellows across Ghana, participated in the 2022 edition.

The executive member of the Ghana Blind Union narrated the different experiences the visually impaired had to suffer and endure with both the lettered and unlettered in society.

He said, “I wonder why your aides or assistants become the focus of every conservation in the public…it’s our eyes that cannot see but our minds can reason and make good judgement “.

Mr. Haizel continued that it was not always that they were out there to beg…some of us are well educated and with employable skills…”We were not created as beggars so society must put away that perception also”.

The executive member of the blind union exhibited his various talents in the area of chess and mathematics to confirm that, such sections of society also had potentials and skills to be tapped for national development.

Pastor Alexander Nyame, Coordinator, the Ministry to Persons with Disabilities of the Church of Pentecost, encouraged the public not to always assume or think for persons with disabilities.

He said persons with disabilities have unused skills, potential and talents because society for many years has thought of them and assumed that they were incapable over the period.

He therefore noted the critical need to involve them in all sides of life particularly in decision making at the local and national levels so that their position and concerns could be well articulated in nation building.

Ms. Esther Cobbah, Executive Director of StratCom Africa who took participants through effective communication, noted the need for journalists to unravel the many myths, expressions, and misconceptions around people with disabilities to counter it with the right information that empowered the public to relate better with them.

She tasked the journalists to make observation, research and analysis key components of their daily productions to create good messages that highlighted the many good in persons with disabilities while eroding the misconceptions and misinformation.

The training session was crowned with a dinner and awards night, which saw Mr Ivan Korshie Heathcote-Fumador, visually impaired reporter with the EIB network taking home the Best Journalist Living With a Disability, while Beatrice Senadju, an editor of the Ghana Television (GTV) was crowned the Best Journalist for Reporting on Disability. Meanwhile, all 20 people each received a citation of honour for meritorious contributions towards achieving equal platforms, rights and services for People Living With Disabilities.

DISCLAIMER: The Views, Comments, Opinions, Contributions and Statements made by Readers and Contributors on this platform do not necessarily represent the views or policy of Multimedia Group Limited.
Tags:
Aides
Blind