Our staff have been warned by relations to stop working with us due to attack - Radio Ada management - MyJoyOnline.com 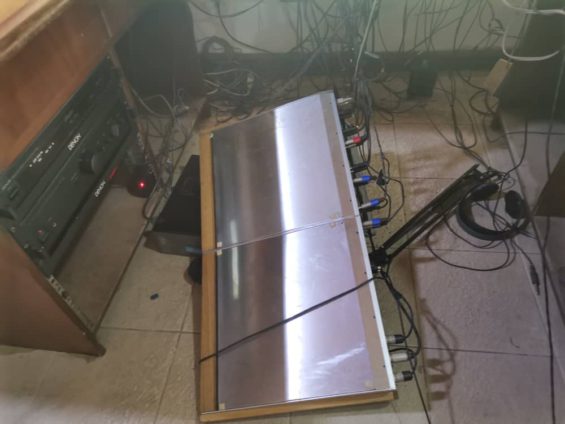 The Management of Radio Ada has asked the police to do diligent work in bringing closure to an attack on the station.

According to the External Communications Officer for the station, Julius Odoi, volunteers are refusing to resume work for fear of their lives.

He added that families of volunteers working with them are also mounting pressure on their relatives to leave the station.

Mr Odoi who was speaking on the Super Morning Show on Friday said on the back of the incident that occurred at around 11 am.

Narrating the incident, he stated that on the said day, at the time indicated, unidentified men (wearing masks), some wielding pistols, stormed the radio station and asked to see one Noah.

He noted that the workers sought to solve matters amicably; however, the thugs refused to cooperate and proceeded to attack their targets and vandalised the equipment at the station.

“After they gained entry into the station, they kept asking for Noah and some other people. So we asked them what they wanted, and we told them that if there’s anything, let’s discuss it, but they refused,” he said.

He indicated that this was not the first time such an incident has occurred at the station.

Mr Odoi thus, implored the police to act on information relating to the suspects which have been provided to them and bring the culprits to book to serve as a deterrent to others who intend to engage in similar conduct.

“We are a small community. If the police do not do what’s right and some of our relatives get to know about some of these things, they may lead to something else.

“So I’ll ask the police to act on the information that has been provided to them, some individuals whose names have come up, they should call them and do their investigations,” he said.