Pamela Anderson splits from 4th husband after 1 year of marriage 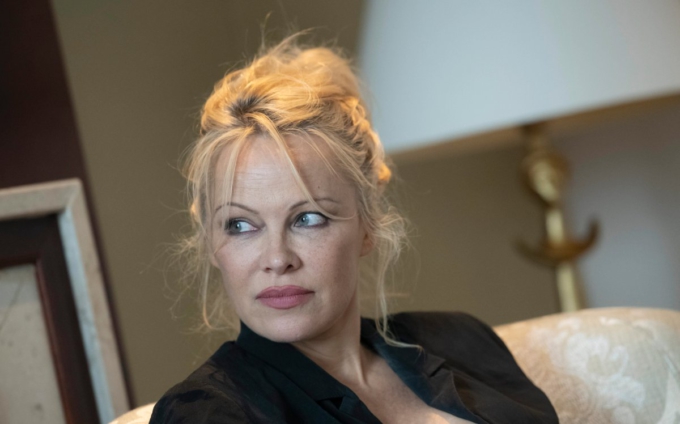 Pamela Anderson. during an interview with the German Press Agency. © Paul Zinken/DPA via ZUMA Press

Anderson, 54, and Hayhurst had been living in her native British Columbia since they were married at her Vancouver Island home.

“Pamela and Dan’s secret fairytale wedding took place (on) Christmas Eve — deep in the rainforest of Vancouver Island,” a rep said to ET Canada at the time. “First Nations is dear to their hearts, and the bride and groom were honoured to include a cedar blessing by the Coast Salish band.”

The former Baywatch star and Playboy model said at the time that she was elated about her wedded union with Hayhurst.

“I’m exactly where I need to be — in the arms of a man who truly loves me,” she said. “This is where my parents were married and they are still together. I feel like I’ve come full circle.”

She was first married to Mötley Crüe drummer Tommy Lee in 1995. The often volatile pair wed a mere four days after meeting, and their sex tape caused a worldwide fascination when it leaked online. They stayed together for three years and had two sons, Brandon and Dylan.

They broke up after Lee assaulted Anderson and he served six months in jail. There were two brief reunions, but the couple split for good in 2008.

Anderson next married musician Kid Rock in 2006. They broke up after a year due to “irreconcilable differences.”

The latest alleged marriage was in January 2020, when she wed movie producer Jon Peters — but after their split 12 days later, Anderson denied the pair ever got married in the first place.

“Pamela Anderson was never legally married to Jon Peters (life long family friend) no hard feelings – no Marraige [sic],” read the post on her social media. “No Divorce… just a bizarre theatrical lunch – Pamela has a good sense of humor about it.”

Seven months after she split from Peters, Anderson and Hayhurst tied the knot.

“Pamela loves as authentically as she lives,” a source told Rolling Stone, saying the couple’s brief marriage was a “pandemic whirlwind.”

According to reports, Anderson has now left her Canadian abode and is currently living in Malibu, Calif. It’s unclear where Hayhurst is residing.

DISCLAIMER: The Views, Comments, Opinions, Contributions and Statements made by Readers and Contributors on this platform do not necessarily represent the views or policy of Multimedia Group Limited.
Tags:
Divorce
Jon Peters
Pamela Anderson
Pamela Anderson Marriage