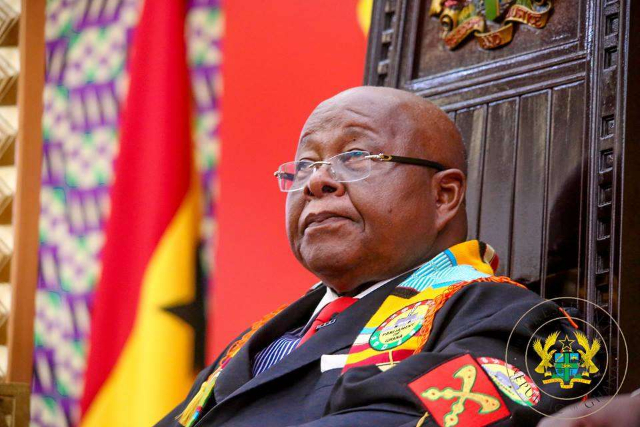 Parliament's decision to set up a committee to investigate the Ghana Football Association over bribery allegations is in limbo after government announced it is dissolving the association.

At its Friday morning sitting, the committee's work found no space on Parliament's agenda for next week tabled by Majority Chief Whip Alex Kyremeh.

The dissolution came barely five hours after Parliament expressed interest in going into the GFA matters.

The Speaker of Parliament Prof. Mike Oquaye said on the floor of the House Thursday, "so far as a matter concerns a public or national interest in Ghana, Parliament can investigate that matter."

He talked up the power of Parliament to investigate saying "since no person body or institution can assume immunity from parliamentary investigation, I would ask that we form a special committee right now"

Since the documentary was aired publicly last Wednesday, reactions have been wide and far-reaching.

Officials have been severely trolled on social media after they were filmed allegedly taking bribes to fix matches or influence player and referee selections.

Since the screening, police have widened their investigations to include all GFA and NSA officials captured in the documentary after starting its investigations with the FA President Kwesi Nyantakyi who has been accused of defrauding by false pretence.