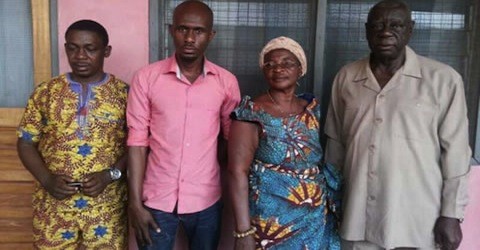 Parties in the protracted chieftaincy dispute in Berekum have agreed to respect the ruling by the Judicial Committee of the Brong Ahafo Regional House of Chiefs.

The onetime “Golden City” of the Bono Ahafo region has been without a chief for more than a decade following the 2001 passing of Nana Yiadom Boakye II.

Since then, two contenders, Daasebre Amankona Diawuo, who has declared himself the Paramount Chief of Berekum, and Nana Ofori Appiah, the Krontihene Berekum, have claimed the vacant stool.

Tensions increased when a group allegedly loyal to one of these factions stalled the planned erection of a statue at the centre of the Berekum Municipality.

The bronze-cast statue depicts a woman carrying a baby on her back, a basket full of cocoa pods on her head and a cutlass in her right hand. It signifies the town’s status as one of the leading commercial and farming areas in the region.

In separate interviews with Adom FM’s Kofi Adoma Nwanwani, the two leaders declared their willingness to respect whatever ruling the Judicial Committee pronounces in order that peace may prevail.

The Berekum Peace Committee, chaired by former National Chairman of the Ghana Private Road Transport Union Nana Yaw Manu, is encouraging the House of Chiefs to issue a verdict quickly. Other members on the committee are Queen Nana Serwaa, Secretary Dennis Armah, and Alhaji Katongo, who was appointed by all the locally active political parties to represent them.

The committee has offered to pay a sitting allowance for members of the Judicial Committee in order that they speed up the process to make way for peace and development.