‘Patrick Vieira has shown faith and belief in me’ – Jordan Ayew 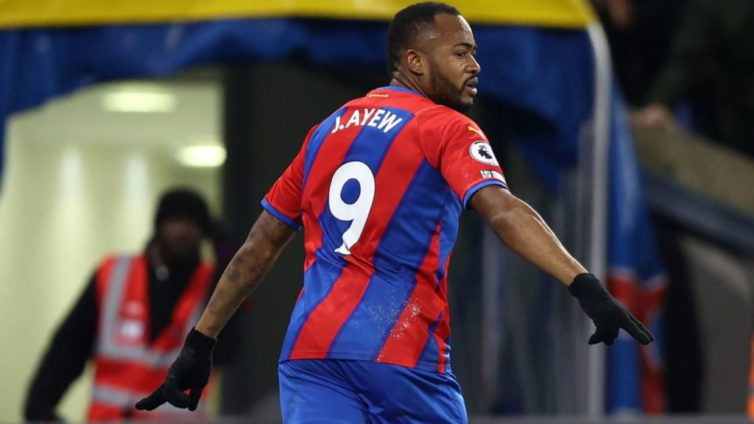 Ghana international, Jordan Ayew has expressed his gratitude to Crystal Palace manager, Patrick Vieira after ending his goal drought for the club on Wednesday night.

Ayew netted what was his first goal for the club in as many as 43 games as Palace fought back to earn a 2-2 draw at home against Southampton in the English Premier League.

The forward struck home from a difficult angle in the 65th minute of the game to cancel out Armando Broja’s goal for the Saints at the Selhurst Park.

Speaking after the game, the Ghanaian says he was relieved to have found the back of the net after a long time as he thanked his gaffer for the faith and belief entrusted in him.

“It’s a relief I think. I knew it would come at some point because I’ve been working really hard for [a long] time. I was happy for myself personally – for my confidence it is important – for my family, friends, people who have been supportive and especially the manager, who has been really supportive,” Ayew told BBC.

“Since the first day the manager came in he told me he has big faith in me and belief in me and I should keep on working hard and it will come. It may take long but at some point it will pay off and today it paid off. We’re all glad… Today there were negatives and positives but I think it was a good result.

The 30-year-old also added that he hopes the goal as Southampton will be a morale booster and will serve as a sign of more goals to come.

“I hope [I can continue to score]. But the most important thing for me is to make sure I work hard for the team.”

DISCLAIMER: The Views, Comments, Opinions, Contributions and Statements made by Readers and Contributors on this platform do not necessarily represent the views or policy of Multimedia Group Limited.
Tags:
Jordan Ayew
Patrick Vieira