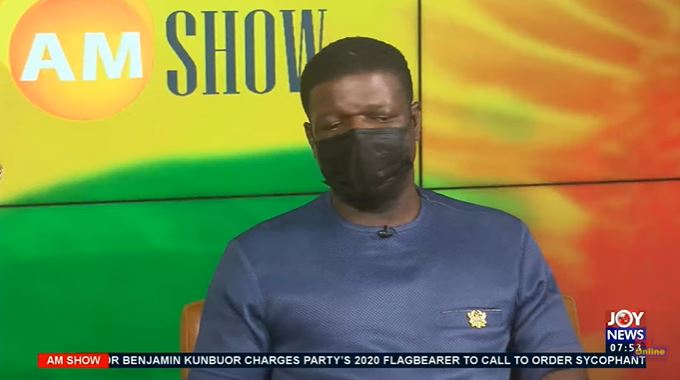 According to him, the Council was silent over the actions of the Majority members in the Chamber during the chaotic scene to elect the Speaker on January 6, 2021.

Speaking on the AM Show on Monday, Rockson-Nelson Dafeamekpor alleged that the Council has failed to call the Majority members to order over their dramatic approval of the 2022 Budget.

Responding to the calls by the Peace Council for both caucuses in Parliament to amicably resolve the impasse over the approval of the Budget, the South Dayi MP said the National Democratic Congress believes the Peace Council is becoming a political institution.

“A Member of Parliament actually took votes and chewed it, they [Peace Council] kept quiet. Up till now, they have not spoken about that matter. They refuse to condemn the NPP for the things they did in Parliament.

“You [the Peace Council] won’t call the people to order and then you bastardize the whole institution as if it’s the entire institution that is in chaos,” he said.

The Peace Council after a meeting with both caucuses in parliament on December 2, 2021 called for a peaceful dialogue and consensus-building to resolve the impasse.

In a statement, the Council noted with concerns the potential impact of the recent happenings in Parliament on the peace and stability of the country.

“In both meetings, the Council expressed concern about the disturbing happenings in Parliament and called for calm. The Council further urged the leaders to resort to dialogue and consensus building in resolving the impasse, the statement noted.

Parliament has since set up a 20-member Committee to resolve the stalemate over the 2022 Budget.

According to the leadership, the recent developments in the House do not augur well for the country’s parliamentary democracy, hence the need for consensus-building.