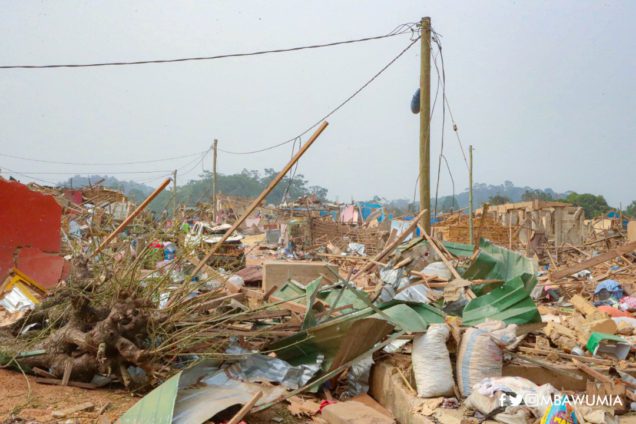 President of the Psychiatric Association of Ghana (PAG), Dr. Ruth Owusu Antwi, has called for swift psychological interventions to be given to victims of the Apeatse explosion.

According to her, some of the residents may engage in risky behaviours to help them cope with their distressing thoughts.

In an interview on the AM Show on Monday, January 24, she mentioned that some also develop psychiatric disorders like depression, anxiety and post-traumatic disorders.

Dr. Owusu Antwi revealed that such circumstances can land them in substance abuse and severe mental challenges if not attended to within a certain period.

“When emergencies like this happen, it causes a lot of devastation to people, their family members and the society at large. What usually happens is that people begin to feel a sense of anxiety, they begin to feel afraid and they live in despair and they begin to have sleep challenges.”

“People are likely to resort to substance misuse because out of anxiety, they resort to unhealthy coping mechanism. Some people will resort to drinking away their worries and fears and eventually land into substance dependence, especially alcohol and sometimes cocaine,” she noted.

She further hinted that some individuals may develop suicidal thoughts after assessing the magnitude of their losses, something she wants stakeholders to urgently pay attention to and address.

“Very worrying again is the high correlation of some of these traumatic experiences and suicidality. Many people, especially the men, who think that their whole fortunes have been shut down by this explosion will decide that there is no worth living again. Suicide is another risk we should quickly look out for and intervene,” she suggested.

Dr. Ruth Antwi, however, noted that it is natural for people to feel scared and extremely afraid, adding that residents of Apeatse are expected to develop acute stress reactions which may later culminate in acute stress disorders.

“I think that we have been a bit slow but this time around, it has been relatively faster compared to other disasters that have been happening. I remember the stadium disaster, I remember the Circle floods and some psychiatric interventions were offered but they did not come in early enough,” she recounted.