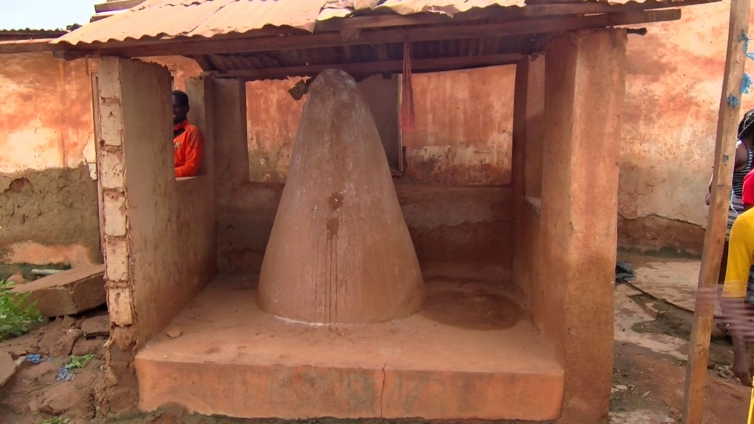 The Queen Mother of Sokoban in the Kumasi metropolis has appealed to the government to pacify the gods to enable the relocation of a shrine in the area for work to resume on the Sokoban-Ampabame road.

The less than 1km stretch has been abandoned two years after the main Daaban-Trede road was constructed.

During a demonstration over the stalled road construction, the Queen Mother, Oheneyere Serwah Ampomaah Tim, said the shrine close to the road can be relocated once libation is poured.

She debunked claims that the shrine has posed as an impediment to the construction of the road.

The major challenge, according to her, is the non-payment of compensation for properties to be affected by the road construction.

Earlier, aggrieved residents resisted an intervention by the Police to clear the road for motorists.

Clad in red head gears and armbands, residents of Sokoban, including members of the traditional council of the area, mounted road blocks preventing vehicles including an ambulance from accessing the route.

It’s been two years now after contractors demarcated the road for construction. The one kilometer stretch of road in the community has since not seen its completion.

Some residents claim to have paid some amounts of money to pave the way for the road construction.

It has been alleged a stone god sitting close to the road is the cause of the lull in constructing the road.

Queen Mother for Sokoban, Oheneyere Serwaa Ampomaah Tim says the traditional council is ready to pacify the gods for the construction to take off.

DISCLAIMER: The Views, Comments, Opinions, Contributions and Statements made by Readers and Contributors on this platform do not necessarily represent the views or policy of Multimedia Group Limited.
Tags:
Road Construction
Sokoban Queen Mother