Photo of the week: Squatter threatens to beat public officer 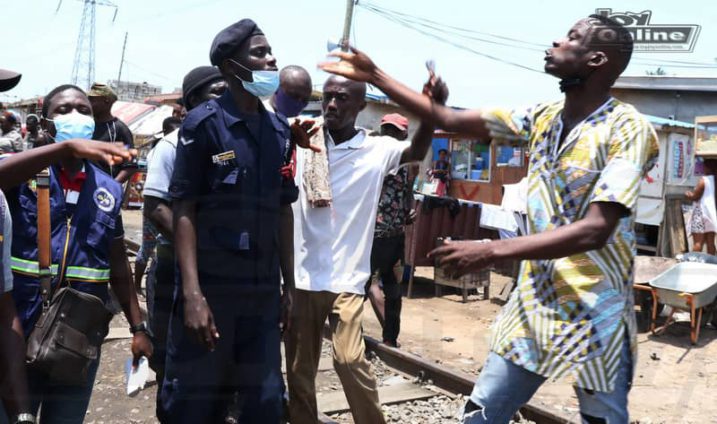 A squatter at Kwame Nkrumah Circle (Interchange) threatened to beat a police officer who accompanied officials of the Accra Metropolitan Assembly (AMA) there, to inspect the level of adherence to good sanitation practices.

The Environmental Health Inspectors, as part of the JoyClean Ghana Campaign, were in the area to sensitize the squatters about the need to live in healthy environments.

The team had cause to caution a drinking spot operator who was selling under poor hygienic conditions.

Suddenly, a man who was sitting under a shade nearby, approached the AMA officials and started exchanging words with them in support of the drinking bar operator. Consequently, a police officer, who was with the team, intervened and cautioned the man not to interfere. This infuriated him for which reason he threatened to beat the peace office.