Photo of the week: 'We have not been paid for this advert' - World Cup ambassadors cry - MyJoyOnline.com

Photo of the week: ‘We have not been paid for this advert’ – World Cup ambassadors cry 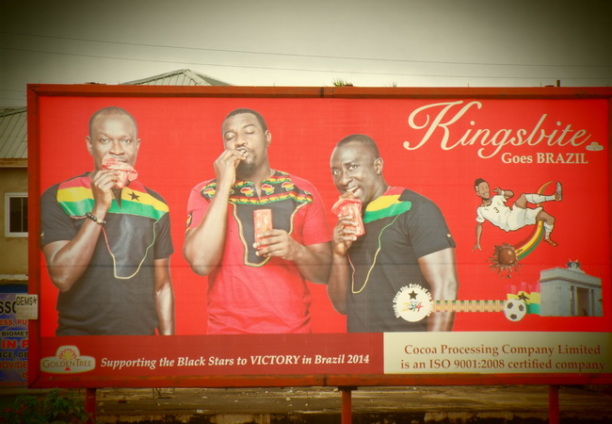 A 2104 World Cup ambassador has revealed, he and two others have not been paid after they were contracted by the Cocoa Processing Company to do adverts as part of the company’s plan to cash in during the FIFA World Cup festivities last June.

There you have it.

Former Black Stars player Augustine Arhinful told the Justice Dzamefe Commission of Inquiry on Monday, that together with ex-captain C.K Akunnor and actor John Dumelo, they featured in an outdoor advertisement to project the CPC.

In the advert, the three are holding a bar of golden tree chocolate and sporting T-Shirts branded with Ghana’s colours.