Planned shutdown of some ‘troubled’ Savings and Loans companies looming 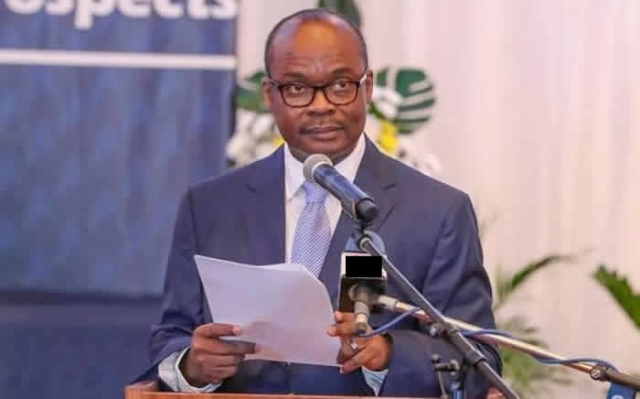 The Bank of Ghana (BoG) would in coming weeks move in to “close down” some “troubled” Savings and loans companies that are facing “serious” financial challenges.

This is based on some engagements that central bank have had with the these institutions over their “worsening” financial position; which has necessitated the regulator taking action.

JoyBusiness has gathered that on July 10, BoG engaged about 15 institutions on their worsening “liquidity position” and were advised to put in measures to deal with their “impaired capital position”.

The shareholders of these institutions were also asked to quickly move to deal with their capital challenges.

Sources say they were given a two weeks deadline to deal with the situation – expiring July 25 – or the Bank of Ghana takes action.

After the said engagement, BoG has also sat down with the affected companies individually to discuss their current financial position.

Which institutions are going down?

For now, it is not clear the exact number of institutions that could be closed down, although sources tell JoyBusiness about 15 companies could lose their licenses.

Joy Business has cannot independently establish whether any of the affected institutions have taken steps to deal with their challenge as BoG has been tight lipped about it.

A very trusted source last week told Joy Business that “we have always been ready to deal with these “troubled institutions” that have failed to improve their financial position”.

“This regulatory action could have even happened before the Finance Minister Mid-Year Review on July 29. What I can you is that the Bank of Ghana is ready and can act at anytime,” the source added.

Another source tells Joy Business, “If you have followed the banking sector clean up and reforms, you would realise that this is how it starts, so be assured something would happen soon”.

In June this year, Joy Business reported that about half of the 37 Microfinance companies were going to be lose their licenses based their challenge capital position at that time.

The Association of Savings and Loan’s reaction

The Executive Secretary of the Association Savings and Loans Association Tweneboah Kodua Boakye who confirmed the BoG engagement with Joy Business said he is not aware about next line of action.

He added “As an association and a collective body, we not aware of the exact numbers that are going down  or the time for this action”.

Mr Kodua Boakye said, “what we are aware is that there has been some engagement and the said institutions have been asked to inject fresh capital due to challenges with the placement of some funds with other financial institutions.”

He noted that they are aware this is normal approach the central bank goes when they are about to close down a financial institution.

Mr Kodua Boakye said also maintained that the Association has issues with the possible approach that the Bank of Ghana is going to use or to base their judgment on.

Funding this planned clean up

Sources close to the Finance Ministry have told Joy Business that “technically” the funds have been provided for the cleanup.

This means that the ministry has provided the necessary budget for the exercise, “therefore, BoG can make the call, when they need the funds.

“We are aware that a fraction of the almost ¢1 billion that was released for the Microfinance and Rural Banks are available for it.”

The BoG Governor, Dr Ernest Yedu Addison in several engagements with the media had maintained that they have always been ready to move and act.

He, however, maintained that the problem is getting the necessary funds from the Finance Ministry to support this action.

The Finance Minister, Ken Ofori Atta, in a recent interview with Joy Business noted that they are looking for the required funds, but assured that the action would happen before September this year.

Mr Ofori-Atta told Joy Business in Malabo, Equatorial Guinea that “we are going to spend around $1 billion for the MFIs and that’s ongoing. I think it’s gone well so far and then we need to tackle the Savings and Loans .

“We are hoping before September so we are gearing ourselves up to find the resources for that.”

The Finance Minister projected during the Mid-year Budget Review presentation that it is likely that the cleanup could reach $3 to $4 billion by end of this year.

This is equivalent to ¢21 billion using the Bank of Ghana’s dollar transaction rate for commercial banks.