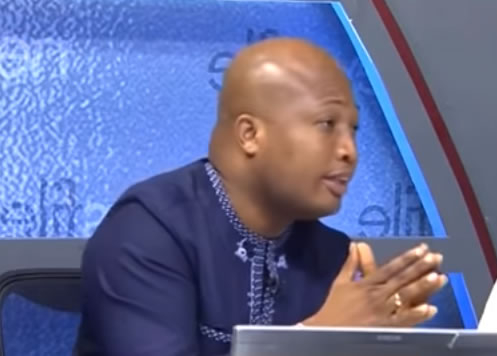 Member of Parliament for North Tongu constituency in the Volta Region, Samuel Okudzeto Ablakwa, has kicked against a proposal by the Inspector-General of Police (IGP) to make first degree the minimum qualification for recruitment into the Ghana Police Service.

According to him, such a proposal, if accepted, will see many young people especially those with senior high school certificates denied the opportunity of entering the police service.

“I will oppose that because young people need jobs. I think that SHS levels are okay and when you get in there is continuous capacity building and development,” the former Deputy Education Minister expressed Saturday, on Newsfile.

This point of view follows comments by the IGP, David Asante-Apeatu, suggesting that the Service may soon set first degree as the minimum qualification for recruitment into the service.

This, he said, is part of the new strategies being discussed to cure the perceived lack of professionalism in the service.

His comment follows recent developments which have seen the Service making the headlines for the all the wrong reasons.

Related: ‘It must not happen again’: Akufo-Addo laments killing of 7 in Ashanti Region

But Ablakwa argued that issues of poor professional standards exhibited by some police officers do not necessarily relate to their educational qualification but the quality of training and capacity building they receive after they join the Service.

Establishing an independent body to investigate allegations of unprofessional conducts against police officers, will be a major move to protecting the integrity of the Ghana Police Service, the MP avered.

“Let’s leave the recruitment process to be protected; to be a process of integrity and let us make sure that there [are] continuous training and capacity building and then let’s have as a country an independent police complaints unit. It’s not in holding a degree or having a master’s [degree],” he told host of Newsfile, Samson Lardi Anyenini.

Video: We need to have an Independent Police Complaint Unit; that is what we lack in this country- Okudjeto Ablakwa.