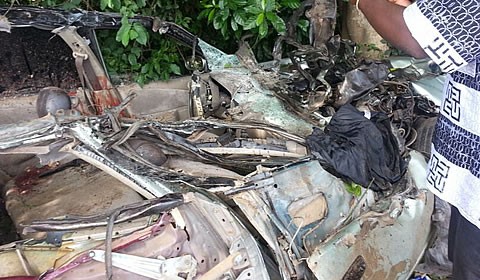 More than 52 persons were killed through motor accidents nationwide between December 23 and December 29, 2013.

ASP Akrofi, Staff Officer to the Commander of the Central Motor Traffic and Transport Unit, said within the same period in 2012, 37 persons lost their lives through motor traffic accidents, adding that 201 persons were injured in 2013 while 233 persons suffered motor traffic injuries in 2012.

ASP Akrofi said during the period, 306 motor accident cases were reported nationwide and that the number of motor bikes, commercial and private vehicles involved was 58,  204 and 210 respectively.

This compares with 50 pedestrians knocked downs in 2012.

ASP Akrofi lauded the MTTU officers for ensuring that traffic was decongested during the yuletide period in the major cities like Accra, Kumasi and Secondi-Takoradi.

“This year we will not relent on our efforts to decongest traffic and we will continue to enforce our strategies to instil discipline on our roads,” he said.

He appealed to vehicle owners and the public to join hands with the police to ensure that motor accidents were reduced.