Police to deploy body cams in May - MyJoyOnline.com

Police to deploy body cams in May 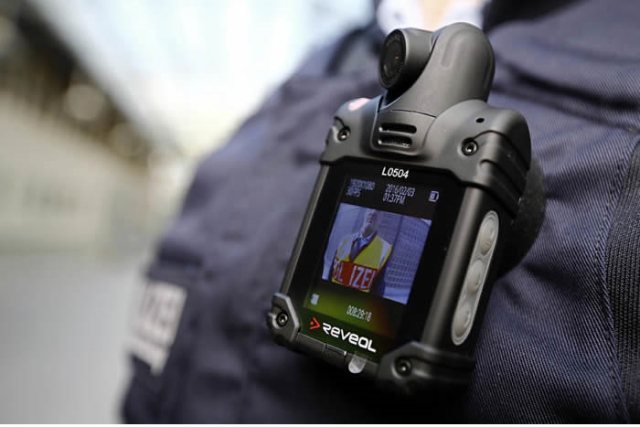 As part of efforts to enhance police transparency and accountability, the Police Administration will deploy its first body cameras in May this year.

Police body cameras are small-lensed devices, often worn on an officer’s chest to capture images. It has a microphone to record sounds and internal storage for data or footage for later review and analysis.

The Director-General in charge of Services, Deputy Communication of Police (DCOP), Mr Alex Amponsah-Asiamah, told the Daily Graphic in an interview in Accra that the Police Administration would take delivery of the first batch of 300 pieces of the body cameras by the middle of April this year.

Image: Body cameras are used extensively by police in the United States

He said 3,000 pieces were expected to be delivered by the close of the year.

Mr Amponsah explained that the decision to use the body cameras formed part of the police transformation agenda to enhance public confidence in the service.

No prosecution for brutalities

Despite headline-grabbing reports of police brutalities, prosecutions or punishments have been sparse.

Related: No prosecutions since 2006 – Police/military brutalities on journalists…

In most cases, however, no compensation is paid, while the security organisation involved may promise to offer better working relations with the media.

The state-owned Daily Graphic newspaper reported recently that its checks have revealed a tall list of victims, including reporters, photojournalists, station managers and editors, who have been brutally assaulted by soldiers and policemen.

In some cases, the Police Administration has said a lack of evidence has stifled the prosecution of officers alleged to have brutalised citizens or misconducted themselves in the line of duty.

Mr Amponsah-Asiamah said the use of the body cameras by police officers o the field would enhance evidence gathering necessary for the proper prosecution of alleged cases of police misconduct.

Read the full story in Thursday’s edition of the Daily Graphic newspaper.