PPP Running-Mate Attack Is a Hoax 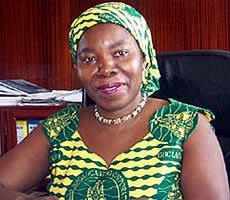 The widely reported attack on Ms. Eva Lokko, the vice-presidential candidate of the Nduom-minted Progressive People’s Party (PPP), may well be an insider job deviously calculated to attract a direly desired attention for a party that seems to woefully lack any remarkable following.

The PPP vice-presidential candidate, who has been touring the Northern Region, is alleged to have provoked the violent ire of an impatient crowd that had gathered at the party’s constituency headquarters in Tamale South and had gotten unruly, because Ms. Lokko had arrived three hours behind schedule.

What makes this excuse as a prime tinder for rioting rather incredible, is the fact that running several hours behind schedule is an all-too-common occurrence in Ghanaian political culture to remarkably flabbergast any individual or group of party hacks and supporters. There well may be another reason, perhaps one that is too damning to the interests of the PPP that has yet to be publicly revealed.

What is also rather quizzical about the entire affair, is the clearly gratuitous and facile attempt by some Progressive People’s Party executives to blame youthful supporters of other parties for the alleged “attack” or attempted attack on Ms. Lokko. And on the latter score, it goes without saying that about the only other political party whose supporters and sympathizers have a negative stake in the political success of the Progressive People’s Party are members of the rump-Convention People’s Party (CPP), out of which Dr. Paa Kwesi Nduom, the founding-proprietor of the PPP, split to form the latter late last year.

It is also widely known that Dr. Nduom had an unpleasant parting of the ways with the executive membership of the CPP, most notably Prof. Agyeman-Badu Akosah and Chairman Samia Yaba Nkrumah, who had bitterly accused her former mentor and chief-patron of plagiarizing the name of the CPP. And so, it is rather amusingly surprising that the leaders of the PPP have, so far, either failed or willfully refused to mention the highly likely possibility of members of the CPP having either directly instigated the alleged attack on the person of Ms. Lokko or having obliquely induced the same.

The fact that the PPP has yet to credibly establish itself as a formidable force to reckon with on the Fourth Republican Ghanaian political landscape, makes it all the more difficult for any avid student of Ghanaian political culture to believe that apart from the aforementioned CPP, any other political party may find it even half-attractive to attempt to intimidate any members or even key operatives of the PPP.

About the only major political party that may be deemed to have its electoral fortunes considerably threatened by the potential success of the PPP is the National Democratic Congress (NDC), which is also a left-leaning populist ideological machine. The fact that the Rawlings-minted NDC has publicly and shamelessly co-opted whatever remains of the so-called Nkrumaist ideology, even to the scandalous extent of annually decreeing the birthday of the former and late Ghanaian dictator a national holiday, makes it a prime suspect in the alleged attack on Ms. Lokko.

The acute desperation of the NDC leaders to win Election 2012, coupled with the violent and bloody political track-record of the NDC in Tamale, in particular, infamously orchestrated and chaperoned by former President Jerry John Rawlings, also makes the ruling party plausibly culpable for the alleged PPP attack. But this is only a remote plausibility.

The preceding notwithstanding, should it, indeed, turn out that, in fact, it was the sheer tardiness of Ms. Lokko that primarily provoked the violent reaction against the Nduom running-mate, then, of course, all characteristically tardy Ghanaian politicians who decide to politick – or conduct business – in Tamale South have been served a notice which they may only ignore at their own personal peril. This is in no way, whatsoever, to endorse this boorish exhibition of criminal vigilantism on the part of the criminal assailants of Ms. Lokko.

More importantly, though, it appears as if adequate security measures had not been taken at the venue, thus the apparently facile ability of her alleged assailants in preventing the PPP vice-presidential candidate from getting out of her car in order to address a waiting crowd of party faithful, supporters and sympathizers.