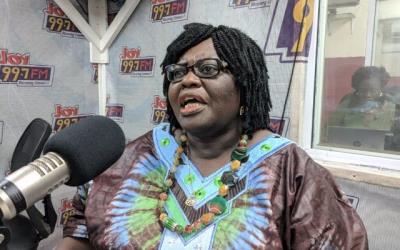 Law Professor, Joy Henrietta Mensa-Bonsu has called for a collaboration between males and females to bridge the gender inequality gap that exists in the country.

Discussing female related issues to mark this year’s International Women’s Day, Prof Mensa-Bonsu observed that for the gender gap to be bridged in Ghana, citizens must be made to understand the fight is not about women becoming better than men.

“We need to address the matter less as a competition but more of a collaboration. Because if we [men and women] collaborate and work together we will be better off than if we fight each other. Or try to look better or get better than the other,” she noted.

The Law Professor also acknowledged that although measures have been taken to empower women in the society, more women need to be educated and enlightened to totally curb the issue.

“We are doing well but we could do better. And we begin with education because without education even if you can play a role, you cannot play it in the formal sector where qualifications are required.”

“Look at our churches, it is women that keep them going, they are doing all sorts of fantastic jobs to run the churches, and yet they are absent on the formal level and it is largely due to the absence of certificate and so on.”

Prof Mensa-Bonsu was however hopeful that with time and persistence the gender parity will be achieved.

On her part, Chairperson of the National Commission for Civic Education (NCCE), Josephine Nkrumah urged women to support each other and engage males to address the gender inequality matter.

“Engagement with men is key because, at the end of the day, most of the systems are run by men.”

DISCLAIMER: The Views, Comments, Opinions, Contributions and Statements made by Readers and Contributors on this platform do not necessarily represent the views or policy of Multimedia Group Limited.
Tags:
Gender inequality
International Women's Day
Prof Mensa-Bonsu