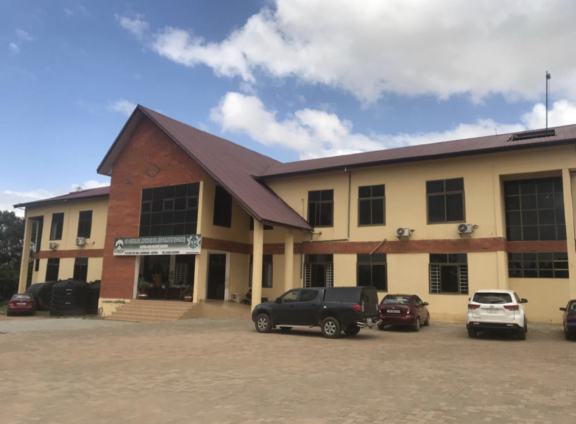 Properties owners in the Ga Central Municipal Assembly of the Greater Accra Region have been given a month ultimatum to regularise their land documentation.

A directive they risk being fined should they fail to adhere to.

The Assembly said it gives that deadline for persons who do not have the requisite documents to their properties to make amends before it begins an enforcement exercise.

According to the Municipal Chief Executive for Ga Central, Mohammed Bashiru Kamara, he has asked such individuals to make amends.

“Most of the areas as when they were putting up their buildings, the place was not earmarked for them to obtain permits. So now we call on them to come to the Assembly and obtain permits.”

“We are giving them a grace period of one month. Beyond that, we will move to ensure enforcement.”

The Assembly, together with the Greater Accra Second-hand Spare Parts Dealers Association (GASSDA), have given final notices to encroachers on the Association’s 72-acre land at Anyaa.

The Association says the move allows mechanics and spare parts dealers operating at Darkuman-Kokompe to relocate.

The action forms part of an order from the Greater Accra Regional Minister, Henry Quartey, to members of the Association to relocate from Darkuman Junction, popularly known as ‘Kokompe’ as part of the “Let’s Make Accra Work” initiative.