England forward Raheem Sterling will not play in the Euro 2020 qualifier against Montenegro on Thursday “as a result of a disturbance in a private team area”, the Football Association has announced.

The 24-year-old Manchester City player was involved in an on-field argument with Liverpool and England defender Joe Gomez, 22, during the Reds’ 3-1 Premier League victory at Anfield. 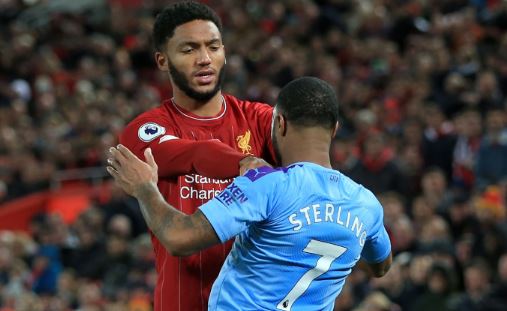 “One of the great challenges and strengths for us is that we’ve been able to separate club rivalries from the national team.

“We have taken the decision to not consider Raheem for the match against Montenegro on Thursday. My feeling is that the right thing for the team is the action we have taken.

“Now that the decision has been made with the agreement of the entire squad, it’s important that we support the players and focus on Thursday night.”

England play their 1,000th senior men’s international on Thursday and a win at Wembley would book a spot at Euro 2020 with one

The Three Lions are top of Euro 2020 Qualifying Group A, three points clear of the Czech Republic and four ahead of Kosovo with the top two nations advancing.

A win for Southgate’s side will see them qualify, while a point will also be enough if the match between the Czech Republic and Kosovo also ends in a draw.

England then play their final group match away in Kosovo on Thursday, 17 November.