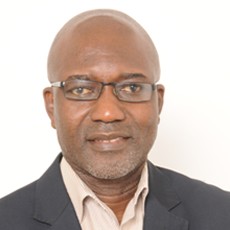 On 30th July, 2012, SPL Directors announced the postponement of the company’s 2012 AGM – “due to an unforeseen circumstance beyond our control” – in the media.

SPL shareholders and stakeholders are hereby informed that the company’s 2012 AGM scheduled for 31st July, 2012, was postponed indefinitely, as a result of a Court action by Enviro Solutions Ltd. (ESL); an SPL member.

The said Court action was preceded by several communications to SPL Directors cautioning them on the infringement of SPL members’ rights, resulting from their failure to comply with the law.

In the said Court action, ESL summarily alleged that SPL did not comply with statutory requirements conditional to holding an AGM. Specifically, ESL alleged that SPL failed, neglected or refused to give SPL members notice of an intended resolution to remove SPL Directors at the said AGM; and to post information – postage paid by ESL – supporting the said resolution to all five thousand, eight hundred and seventy-seven (5,877) SPL members, despite – in both cases – having ample time to do so.