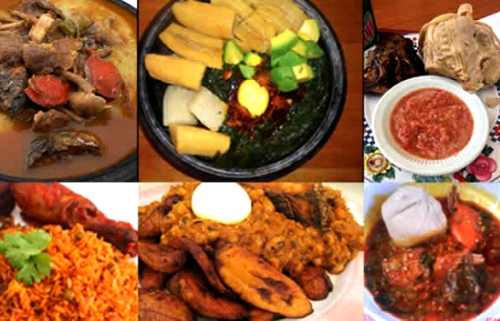 Which way now with picking up your next meal from the street cooked food vendor?

The pressures of time do not always give room for families to enjoy home-cooked meals anymore. With demands on one’s time at work and hours spent in traffic, many get home too late and too tired to cook.

Consequently, it has become convenient for individuals and sometimes families to purchase their ready-cooked meals from their favourite cooked food vendor at the street corner as they make their way home.

The motivation people will keep going back to a particular food seller is for the reason of appeal, sweet aroma and taste. Ask anyone who constantly buys waakye, kenkey or fried rice meal from a particular vendor; it is more because of the home-cooked look and taste feel and not really the nutritional values.

According to the findings by some Research Scientists at the Kwame Nkrumah University of Science and Technology (KNUST) in Kumasi, fried rice and fufu pose specific health risks.

The research was conducted specifically on the two food favourites to assess the concentrations and associated health risks of toxic metals discovered in the cooked foods.

The researchers found unsafe levels of aluminium, iron and lead in those two cooked foods sold by street vendors.

The result of the research is reported to have been published in a scientific journal – Scientific Africa.

For fried rice and chicken, the findings indicated that the aluminium concentration was above the World Health Organisation (WHO) recommended levels while in the fufu and soup, the average levels were higher than that of iron and lead.

According to reports, Lead Scientist, Dr. Gloria Morthanda Ankar-Brewoo indicated that apart from the cooking utensils used, unhygienic and unsafe practices with regard to food preparation such as storage and handling may also be associated with the presence of the heavy metals in the foods sampled.

This research of course brings into sharp focus the food safety practices of street food vendors which the Food and Drugs Authority (FDA) have had the occasion to hammer on a lot of times.

Only late last year, FDA launched a Street Food Vendors Licensing Scheme to ensure that street food vendors generally observed proper food handling and good hygiene practices. The idea of the scheme is to help curb the spread of food-borne diseases and incidents of food poisoning in the country.

So, in the light of the report of the research results from Kumasi and its consequences on the health of consumers, what is the way forward for the budding industry of street cooked food vending and the health of communities?

As the CEO of FDA, Delese Mimi Darko expressed during the launch, street food vending are micro-industries vital for the economic well-being of those engaged in it. They not only promote and provide jobs in the supply chain, they feed families as well. The health therefore of the communities who patronise their cooking is of importance.

The way forward then, as expressed by FDA is regulation, which according to Mrs Darko, “can make street food safer”.

According to her, it is in response to that, that the FDA together with FAO have worked and continue to work tirelessly to instil best practices to ensure food prepared and sold on the street is handled hygienically and safely.

“Doing so will minimise foodborne illnesses in our communities,” she said.

With the discoveries from researchers at KNUST therefore, it befalls on FDA to work with the researchers to pilot the Street Food Licensing Scheme in the Kumasi metropolis, especially with the 18 vendors sampled in the research work.

Hopefully, the awareness that would be created might change the equation and any shortcuts in the industry.

From the health implications of the research outcomes, the FDA’s scope of any regulation may need to be broadened to not only cover raw food sourcing and preparation.

The Authority may need to also look at cooking utensils used and the health and hygiene practices of all those in the industry.

The damning results which apparently can affect various systems in the body including nervous, gastrointestinal, blood, urinary and cardiovascular will also mean a closer monitoring mechanism by the health inspectorates of our Metropolitan, Municipal and District Assemblies (MMDAs).

Their focus on street food vending should be comprehensive henceforth.

Consumers need to be alert and choosy about where they buy their cooked food. Relying on appeal and taste alone is not enough.