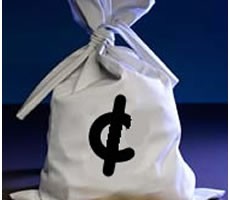 Policy Adviser at the Office of the President is urging a firm national stance against homosexuality, even at the expense of donor funds that compromise Ghanaian moral values.

Dr. Christine Amoako-Nuamah says there is increasing pressure from donor countries and institutions for Ghana to accept same sex relationships against God’s will.

She was speaking at the 48th Annual Session of the Ghana Baptist Convention at Ejura in the Ashanti Region.

It brought together leaders of the Baptist faith to formulate policies and strategize on the growth of the church.

The Presidential Advisor urged the church to teach God’s word in a manner that makes it applicable for socio-economic change.

She described as worrying recent newspaper publications about homosexuality, accompanied by pictures of gay couples.

Dr. Amoako Nuamah stressed the church has no choice but to speak out loudly against homosexuality and should not be deterred by entities which would want it to shut up.

She charged the nation to resist threats from donor countries and agencies which seek to use such funds in various forms as tools to corrupt the Ghanaian society.

President of the Ghana Baptist Convention, Reverend Dr. Steve Asante, expressed worry at the level of what he describes as hypocrisy amongst Christians in Ghana.

“Seventy percent of Ghanaians claim to be Christians, where is the Christianity in the education office, the police service, and other agencies, even those who sell gas are now cheating. I went to buy gas not long ago and the station gave me 15kg instead of the 20kg I paid for, and the person in charge is a church elder. The mess cuts across, people should wake up and let their Christianity be seen in their everyday lives”, Rev. Asante admonished.