Resorting to self-help is a threat to our peace - House of Chiefs Prez - MyJoyOnline.com 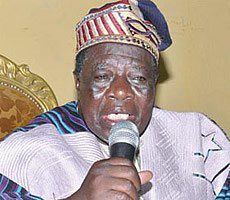 President of the National House of Chiefs, Naa Professor John Nabila has called on authorities responsible for the protection of the citizenry to be proactive and swiftly take action on early warning signals to prevent people from resorting to self help.

According to him, people usually take the law into their own hands when they have reason to believe that security officials are lax and disinterested in their problems.

He was commenting on the recent disturbances in the Hohoe District of the Volta Region following violent clashes between Muslim youth and indigenes. A six-to-six curfew has been imposed on the District to control the situation.

The National House of Chiefs president called for calm and self-restraint between the feuding factions and the larger populace, stressing the need to safeguard the nation’s peace as the December polls approach.

To cohabit in peace, he added, there is the need for mutual respect.

“This is what (peace) is all about,” he maintained.