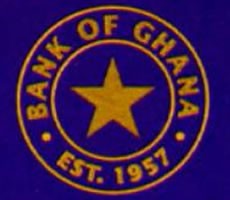 One of the measures that can be taken to arrest the free fall of the Cedi is for the Bank of Ghana to peg the minimum capital requirement against the US Dollar, a retired banker, who worked with a global financial services firm, Morgan Stanley, Mr. Johnson Akwetey , for over two decades, told Economy Times last Friday.

“Bank of Ghana minimum capital requirement for commercial banks in Ghana is currently pegged at GH¢60 million. I am therefore suggesting that Bank of Ghana pegs the requirements against the US Dollar. That is instead of GH¢60m, it should rather be US$30m,” Mr. Johnson Akwetey has stated.

The Ghana cedi continues to fall against the US dollar which has led to illiquidity on the interbank market. The cedi has declined steadily over the past few months, falling more than 15 percent this year, because of the strong demand for the US Dollars, especially from local manufacturing and telecommunications firms.

A few weeks ago, the Bank of Ghana raised its policy rate to 15 per cent in an attempt to stem the cedi’s slide and also relax the banks’ net open position requirement – the difference between their assets and liabilities in a particular currency – to boost their foreign exchange flows to the market.

In 2007, the Bank of Ghana took steps to increase the minimum capital requirement of banks to improve their solvency.

All the foreign-controlled banks in the country have complied with the new capital base of GH¢60 million. Most domestic banks achieved the first phase of attaining the GH¢25 million by 2010, and are expected to pay the remaining by December 2012.

But the retired banker was of the view that if the capital requirement was raised to $60 million, the banks in the country would work hard to stabilise the cedi and prevent it from further free fall.

“If the banks realise that the capital requirement is now in US dollars, they will be prepared to work hard to ensure that the cedi is always stabilised against the dollar.”

Other players in the financial market this paper interviewed said the proposal was a positive one, adding that, it would restore confidence to the banking industry.

Some bankers in the country however opposed the aforementioned suggestion, warning that raising the capital requirement would make it more difficult for Ghanaians who wanted to establish a bank, as it is likely they would need to “find partners or other sources of funding”.

“I disagree. There is at the moment ongoing capital flight from Ghana. Foreign investors are standing by waiting for the election, like a fever, to pass before they make their investments. So increasing the capital requirement will simply make it harder for many banks to remain single entities. They will have to merge and consolidate like in Nigeria,” Sebastian Spio-Grabrah of DaMina Advisors in New York told Economy Times.

When reached for comments, Jeffrey E. Osei-Hwedieh, Acting Head of Business Intelligence at Unibank Ghana Limited, said: “First of all, it would be misleading and not prudent for a supervisor/regulator to benchmark a risk indicator on a stronger currency. The books of banks are typically kept and reported in the sovereign currency of the land in which it operates and hence the computation of the Capital Adequacy Reserve (Ratio) thereof.”

He continued “If the capital requirement is “dollarized”, the base capital will be inconsistent and this will distort the computation of the Capital Adequacy Reserve and the solvency indicator.”

Osei-Hwedieh further stated: “the stability and management of exchange rate parity against the US dollar does not lie within the exclusive control of commercial banks. The banks tend to act as conduit entities of the stronger forces of demand and supply in the customer domain. It is typically the central bank that has the power and capability to control exchange movements. In this regard, there is very little they can do to stabilise the cedi.”

Efforts to get officials of the Bank of Ghana to comment on the matter proved futile.