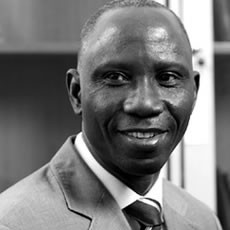 Roverman Productions is set to hit Takoradi this weekend for the second stop of their four-city Trials of The Ghanaian play road show.

The team staged the play at the Capital View Hotel in Koforidua on October 6 and is set to thrill patrons in the Oil City to the renowned play.

Trials of the Ghanaian, written by Uncle Ebo Whyte, captures the hilarious journey of Ghana’s satirist Kwaku Sintim-Misa (KSM) who came to Ghana as a returnee after studying and working in the USA hoping to change some attitude of Ghanaians.

It brings to bear his struggles to come to grips with a country and a system that accepts the unacceptable.

A country where electricity power goes on and off as if children are playing with the switches and before I forget, a country where Coca Cola and Pepsi are treated as the same thing!

Kwaku Aseidu of Roverman Productions told Myjoyonline.com in an interview that they were overwhelmed by the huge patronage of the show despite the heavy downpour on the day of the showing in Koforidua.

He said there will be two showings of the play on October 20 which will be staged at the Akroma Plaza in Takoradi.

He urged patrons to “come let’s have fun, come let’s be together and just look at Trials of the Ghanaian in a different cycle.”

Roverman Production will also stage the play in Ho, in the Volta region on October 27 and Kumasi, in the Ashanti region, November 3.