Prince Harry said they were both “absolutely thrilled” and thanked the public for their support during the pregnancy.

The Duke added they were still thinking about names.

The infant will be seventh in line to the throne, behind the Prince of Wales, the Duke of Cambridge and his children – Prince George, Princess Charlotte and Prince Louis – and the Duke of Sussex.

Prince Harry and Meghan announced the pregnancy publicly on 15 October 2018 – the first day of their royal tour of Australia and New Zealand.

The new arrival will be the Queen’s eighth great-grandchild.

The baby’s sex will be a surprise for the couple, who have chosen not to find out what they were having.

The Duchess was last seen on an official engagement on 19 March when she signed a book of condolences in London with Harry for the victims of the Christchurch terror attack.

The former actress and the duke moved into their renovated home Frogmore Cottage on the Windsor Estate at the beginning of April, as they prepared for their baby’s arrival.

Harry and Meghan, a timeline 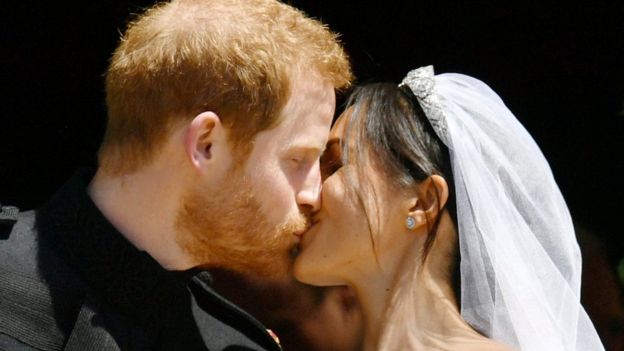 15 October 2018 – Kensington Palace announces the duchess is pregnant, and is due to give birth in Spring 2019