Russia to open trial against US basketball star on drug charges - MyJoyOnline.com

Russia to open trial against US basketball star on drug charges 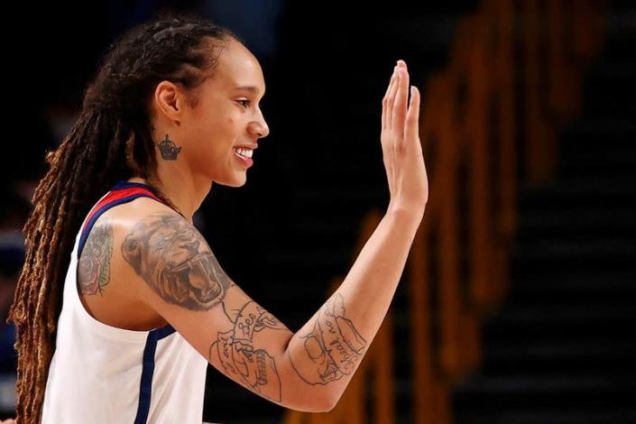 Griner, a star in the US-based Women's National Basketball Association (WNBA), was detained at Moscow's Sheremetyevo Airport on February 17, just days before Russia invaded Ukraine, unleashing a broader confrontation with the West.

US basketball player, Brittney Griner, goes on trial in Russia on Friday on drug charges that could see her face up to 10 years in prison, in a case caught up in the fraught relations between Moscow and Washington.

Griner, a star in the US-based Women’s National Basketball Association (WNBA), was detained at Moscow’s Sheremetyevo Airport on February 17, just days before Russia invaded Ukraine, unleashing a broader confrontation with the West.

Russian authorities said the 31-year-old athlete was carrying vape cartridges containing hashish oil, a substance illegal in the country. She was charged with smuggling a large quantity of drugs, an offence that can carry up to 10 years in prison.

US officials and a score of athletes have called for the release of Griner – or “BG” as she is known to basketball fans. They say she has been wrongfully detained and should be immediately returned to her family in the United States.

Griner’s detention also prompted concerns that Moscow could use the two-time Olympic gold medallist to negotiate the release of a high-profile Russian in US custody.

Griner’s wife, Cherelle Griner, told CNN in an interview on Thursday evening that she was hoping for a meeting with US President Joe Biden.

“I would love for him to tell me he cares,” Cherelle Griner said.

The US government has warned citizens against travelling to Russia in light of the “potential for harassment against US citizens by Russian government security officials”.

The Kremlin has said that Griner violated Russian laws and denied she was being held hostage amid Russia’s stand-off with the United States.

US Secretary of State, Antony Blinken, said last week there was “no higher priority” than bringing home Griner and other Americans “illegally detained” abroad.

Griner plays centre for the Phoenix Mercury in the WNBA and is a seven-time WNBA All-Star.

For years, Griner played for UMMC Ekaterinburg in Russia during the WNBA off-season, like several other US players offered lucrative contracts by the Russian Women’s Basketball Premier League.