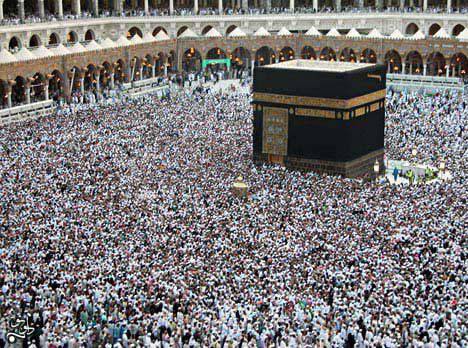 The Kingdom of Saudi Arabia has announced that one million pilgrims will perform Hajj this year.

The Kingdom in a tweet via the official handle of the Ministry of Hajj and Umrah said the figure would be for both foreign and domestic pilgrims.

Recall that foreign pilgrims were barred from hajj for two years following the outbreak of COVID-19 in 2020, with only 60,000 Saudi nationals allowed for the 2021 pilgrimage.

At its peak, the country accommodates two million pilgrims all over the world to perform hajj.

In the statement, it said the Kingdom of Saudi Arabia was seeking to preserve the success it had recorded in handling the COVID-19 pandemic, thus, those under the age of 65 would be allowed to perform the pilgrimage with a 72-hour pre-departure negative PCR test.

It read, “The number of pilgrims coming from specific countries for this year’s Hajj will be in accordance with the quotas allocated to each country and in consideration of compliance with all health recommendations.

“The Ministry of Hajj and Umrah has announced that this year’s Hajj will be conducted according to the following regulations: This year’s Hajj is open to those who are under 65 years old and have received the main COVID-19 vaccinations approved by the Saudi Ministry of Health.

“Pilgrims coming from outside the Kingdom are required to submit a negative COVID-19 PCR test result from a test performed within 72 hours of the time of departure to the Kingdom. The Ministry of Hajj and Umrah has instructed that all pilgrims must follow the health instructions and comply with all precautionary measures to preserve their health and safety while performing the Hajj rituals.”