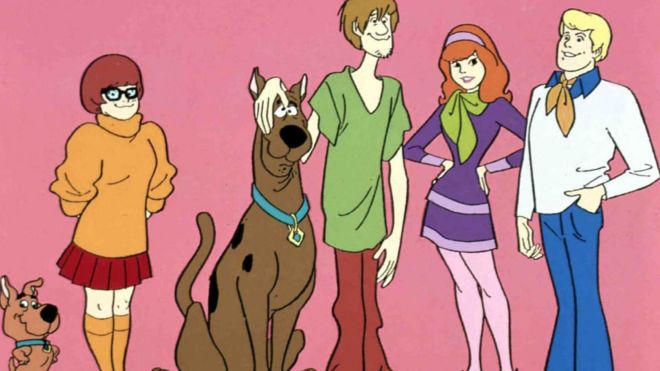 Joe Ruby, the co-creator of the cartoon series Scooby-Doo, has died aged 87.

Ruby, who created the much-loved characters alongside his creative partner Ken Spears, died of natural causes in California on Wednesday.

“He never stopped writing and creating, even as he aged,” said his grandson Benjamin Ruby.

Warner Bros’ animation president, Sam Register, said Ruby “made Saturday mornings special for so many children, including myself”.

“He was one of the most prolific creators in our industry who gifted us some of animation’s most treasured characters and it was a thrill to host him at our studio,” he continued.

“Scooby-Doo has been a beloved companion on screens for more than 50 years, leaving an enduring legacy that has inspired and entertained generations.”

Fans have taken to Twitter to thank the late animator and writer for helping to give them “a wonderful childhood”.

After serving in the US navy, Ruby began his television career at Walt Disney Productions, before meeting Spears while working at Hanna-Barbera Productions.

Scooby-Doo, Where Are You? was launched in 1969 and ran on CBS until 1976, spawning several reboots and films.

“We were worried it wouldn’t last but one season,” Spears later recalled.

Ruby, Spears and character designer Iwao Takamoto tried out several incarnations, including making the characters part of a rock band, before settling on the well known line-up of Freddie, Velma, Daphne, Shaggy and the crime-solving titular great Dane, Scooby-Doo.

“We started thinking about all the kinds of dogs we might use, and characters we might have,” Ruby told Michael Stailey.

“We finally settled on a feisty dog or a big lovable cowardly – which we modelled after [comedian] Bob Hope – great Dane.”

He added: “We decided we wanted to do the big loveable one as the kids would relate to him, and from a writing point of view it was just more fun in our heads.”

Ruby also co-created Dynomutt, Dog Wonderand; Jabberjaw, The Barkleys, and The Houndcats. And he later served as an executive producer on animated versions of live-action shows including Rambo and Police Academy.

He is survived by his wife Carole, their four children and grandchildren.

DISCLAIMER: The Views, Comments, Opinions, Contributions and Statements made by Readers and Contributors on this platform do not necessarily represent the views or policy of Multimedia Group Limited.
Tags:
Joe Ruby
Scooby-Doo