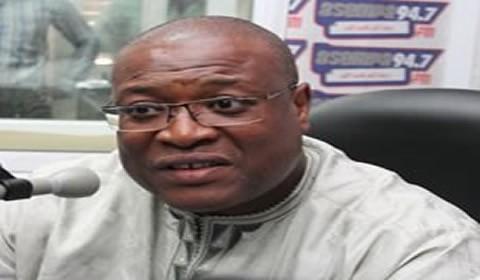 Mr Alex Segbefia, Deputy Minister Designate for Defence, has promised to work with the sector Minister to investigate perceived regional and tribal imbalance in the Ghana Armed Forces.

Expressing confidence in the Minister, Mr Mark Woyongo, Mr Segbefia said he would work close with him on the situation if it were found to be true.

Mr Segbefia made the promise when he appeared for vetting by the Appointments Committee of Parliament in Accra Friday.

Mr Segbefia, a lawyer by profession and a former Deputy Chief of Staff at the office of the late President John Atta Mills, also pledged to collaborate with the sector Minister to improve the relations between the military and the police, as well as the general public.

He told the panel that he had acted on behalf of the late President Mills, the then Vice President and the Chief of Staff to perform certain assignments, but he never considered his appointment to the position of deputy minister as a demotion, saying “my nomination is another avenue to serve my nation”.

“I never look at this job as a step down. When you cross over from one to the other, who is to say it is a promotion or demotion? … Mine is to see whether I can serve the President in a best possible way,” Mr Segbefia said.

Questions to the Deputy Minister-designate touched on the Carl Wilson saga, which involved some missing cars at the Tema Port, Mr Segbefia stated non-complicity in that event.

“At no point did money changed hands in my office,” Mr Segbefia, said.

“They used to call him go slow, but he did well,” Mr Segbefia said, and commended current President John Mahama for also not being hasty in taking decisions.

On transitional matters after the nation’s general elections, the Deputy Minister Designate, stuck to a recommendation he had made on transitions for an elected president of the land to be sworn-in on January 5, rather that the constitutional date of January 7.

On the electoral promise of the ruling National Democratic Congress (NDC) for a one-time premium  payment for the National Health Insurance Scheme,  Mr Segbefia, who was the Campaign Co-ordinator  for the NDC in the 2008 general election debunked the view that the party had lived up to its promise.

He said the promise was made on information available at that time, but admitted that current information from the Chief Executive Officer of the National Health Insurance Authority indicates that a one-time premium would not be feasible for now.

Mr Segbefia stressed more intra-party and inter-party relations to foster more unity in the nation’s body politic, “expressing the need for the impression that politicians across the divide were enemies to be erased”.

“It is important that we as a people encourage one another to frequent the corridors of Parliament. The perception we have about politicians on radio and television is not so as in Parliament, especially when you see them in the coffee shop. There is a certain level of decorum and respect."

On the acquisition of aircraft for forces, Mr Segbefia said the position of the NDC when the matter came up, the New Patriotic Party (NPP) was in power and was based on scanty information, is now better to eat the humble pie.

Another nominee, Mrs Mona Helen Kabuki Quartey, who if given the green light would be Deputy Minister for Finance, said there was nothing about the economy to play with in terms of politics and the economy should not be used for propaganda.

She was in for borrowing to finance infrastructure projects, and promised to use her experience in debt management in the private sector to bear on her new assignment.

The Deputy Minister for Finance Designate called for more use of local content, investment into exports to ensure the stability of the Ghanaian cedi.

On the issue of “ghost names,” the nominee noted the injury the phenomenon is causing the economy, and called on workers to be bold to expose colleagues who collect multiple salaries, saying “We all need to become ghost busters”.

Another nominee, Dr Kwaku Agyemang-Mensah, Minister Designate for Health, until his nomination was the Minister for the Ashant Region, expressed optimism that he would have good working teams at the Ministry.

He promised to examine and improve upon incentive packages for health personnel that would attract them to deprived rural communities.

On the frequent labour agitation for better conditions of work for medical professionals in the public sector, Dr Agyemang -Mensah proposed frequent dialogue sessions with the medical personals.

Mr Edward Ato Sarpong, Deputy Minister Designate for Communications told the Committee of the life’s hurdles he had to scale up and work his way through from a messenger to become a Chief Executive Officer and Internet Expert.

The nominee recounted how the loss of his mum threatened his education but through determination and humility, he took on different jobs to finance his education starting as a messenger at Automotive and Technical services (ATS).

Given the nod, the Deputy Minister-designate, would replace Victoria Hammah, who was sacked for being caught on tape vowing to earn 1 million dollars before she would quit politics.

Despite doubts within the NDC of his partisan credentials, the nominee told the Appointments Committee he has been "an active sympathiser of the NDC since school".

Mr Ato Sarpong said he met his wife while on a door-to-door campaign for the party.

He assured the committee to co-operate with his minister, promising to be guided by humility and service.