Serena Williams among stars to compete in Mario Tennis tournament 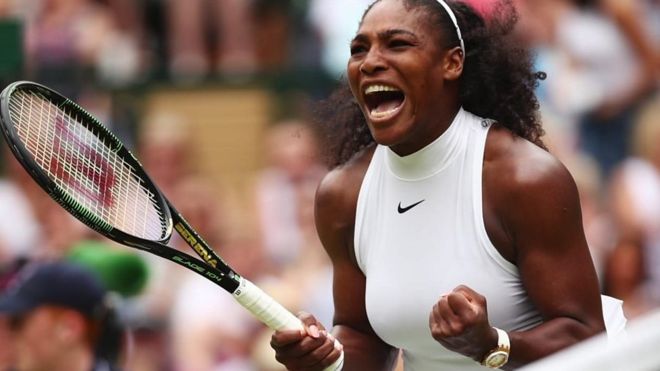 Serena Williams, Naomi Osaka and Maria Sharapova are among the tennis stars who will compete in a live-streamed tournament of Mario Tennis Aces.

Top tennis players will partner celebrities and play as characters from the game on Nintendo Switch.

E-sports have surged in popularity as the Covid-19 pandemic has forced the cancelation of live events.

Facebook Gaming will stream the event. The social media giant is making a push into hosting online gaming.

With live sports on hold due to lockdown and social distancing requirements, players and leagues have turned to online gaming as a way to keep fans engaged.

The Premier League, Formula 1 and the National Basketball Association have all hosted e-sports competitions.

These competitions, however, have had professionals playing as virtual versions of themselves. In Mario Tennis Aces the athletes and their celebrity partners will compete as game characters.

In the Nintendo version of the game, players can gain energy by performing trick shots and they can use ice rackets, shell rackets or flame rackets.

The biggest names in tennis are grabbing their virtual rackets for the #StayAtHomeSlam, live on Facebook Gaming this Sunday (May 3), in partnership with @IMGTennis.

The winners of the competition will receive $1m (£801,000) to donate to the charity of their choice. The other competitors will be given $25,000 each to donate to charity.

The app allows users to watch live gaming streams, follow other gamers and comment on games without entering Facebook’s other platforms.

Live-stream gaming is mostly dominated by Twitch and Microsoft owned, Mixer. YouTube has also expanded its presences in gaming.

The tournament will stream on Sunday 3 May.