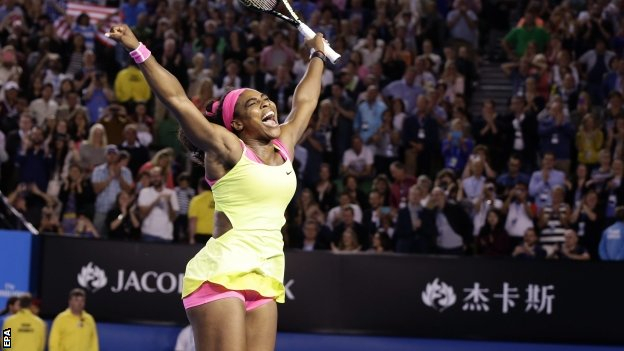 Serena Williams won her first title in three years and first since becoming a mother with victory over Jessica Pegula at the Auckland Classic.

It is the 38-year-old’s first singles title since she won the Australian Open in 2017 and her 73rd WTA title overall.

Williams, in her fourth decade on the WTA Tour, lost the Wimbledon and US Open finals in 2018 and 2019 and retired from the 2019 Rogers Cup final.

She said after her victory that she would donate her prize money in Auckland and a dress she had worn to the Australian bushfire appeal.

“It feels good. It’s been a long time, I think you could see the relief on my face,” said Williams.

“I have been playing for so long and been through so much and I’m happy to be doing something I love.”

Williams won her first WTA title in February 1999, when she beat France’s Amelie Mauresmo on the carpet at the Open Gaz de France.

She made a slow start in Auckland, with Pegula taking a 3-1 lead in the first set, before recovering to win the next five games and close out the opening set.

Williams broke the unseeded Pegula’s serve early in the second set and converted her fourth match point to ensure victory.

She celebrated on the court with her daughter, Olympia, with whom she was eight weeks pregnant when she won her last Grand Slam title in Melbourne.

Williams was also in the doubles final with Caroline Wozniacki, but the two were beaten 6-4 6-4 by Asia Muhammad and Taylor Townsend.

In Brisbane, Karolina Pliskova successfully defended her title with a 6-4 4-6 7-5 win over American Madison Keys.

Singles world number one Ashleigh Barty – who is donating all her prize money to the bushfire appeal – and her doubles partner Kiki Bertens lost their final against Barbora Strycova and Hsieh Su-Wei 3-6 7-6 (9-7) 10-8.