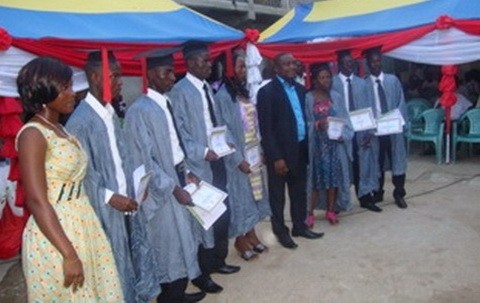 Since the inception of the training center two years ago, the Institute has successfully trained 52 broadcast journalists under the leadership of Eric Akoto, the Chief Executive Officer (CEO), who has 10 years of experience in radio presenting and Timmy Roy Sarkodie, the former General Manager of Pink FM.

Eric Akoto, in his presentation at the ceremony, admonished the seven persons to implore professionalism in order to boost the country’s democracy.

He noted that the media have a great influence on the masses and stressed the need for journalists to utilize this opportunity positively.

Mr. Akoto revealed that the lack of modern technological equipment was adversely hampering the development of the media.

The CEO also used the opportunity to encourage Ghanaians, especially journalists to be circumspect so as to ensure violence-free elections devoid of ethnic incitement and intemperate language in the country.