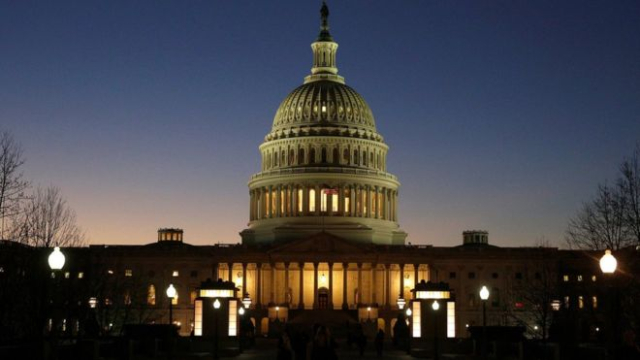 Fiery debate has erupted at the first congressional hearing in a decade to explore whether the descendants of US slaves should be compensated.

Some witnesses said reparations would damage the relationship between white and black Americans, while others said it was imperative to achieve justice.

Several Democratic White House hopefuls have taken up the idea of reparations.

But Republican leader Mitch McConnell has made it clear no reparations bill will pass while he controls the Senate.

The House of Representatives judiciary subcommittee on the constitution, civil rights and civil liberties said Wednesday's hearing would examine "the legacy of the Trans-Atlantic Slave Trade, its continuing impact on the community and the path to restorative justice".

Lawmakers considered a bill proposed by Texas Democrat Sheila Jackson-Lee to set up a commission to study the question of reparations for slavery.

Hundreds of people lined up outside the hearing venue and filled the overflow room to watch.

What are the arguments against reparations?

Republican witness Coleman Hughes, an African-American writer and New York student, argued during the hearing that such restitution "would insult many black Americans by putting a price on the suffering of their ancestors".

"If we were to pay reparations today, we would only divide the country further, making it harder to build the political coalitions required to solve the problems facing black people today."

Congressman Mike Johnson, a Louisiana Republican, was booed as he spoke against "the injustice of monetary reparations from current taxpayers for the sins of a small subset of Americans from many generations ago".

The hearing was held on Juneteenth, which commemorates 19 June 1865 when Texas slaves finally learned they were free, two-and-a-half years after President Abraham Lincoln's Emancipation Proclamation. 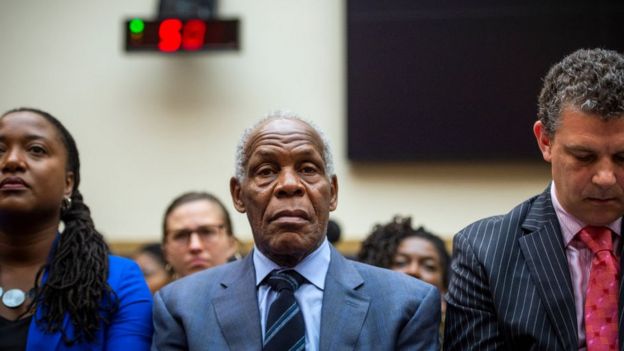 Image caption: Actor Danny Glover, whose great-grandmother was a slave, testified in favour of reparations

What was the case in favour?

Actor Danny Glover told the panel that reparations would cure "the damages inflicted by enslavement and forced racial exclusionary policies".

Lawmakers also heard from writer Ta-Nehisi Coates, whose 15,000-word cover story for the Atlantic magazine in 2014, The Case for Reparations, reignited the whole debate.

He said: "Enslavement reigned for 250 years on these shores. When it ended, this country could have extended its hollow principles of life, liberty and pursuit of happiness to all. But America had other things in mind."