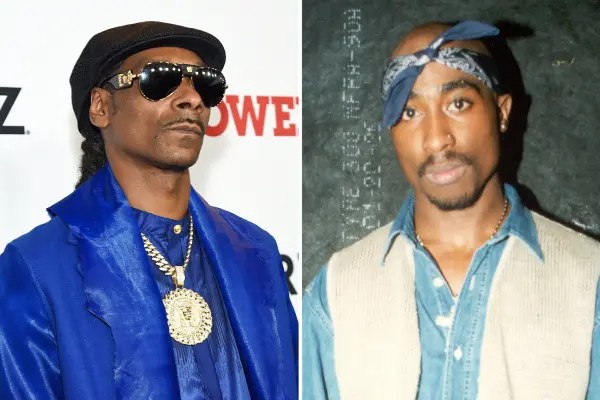 Snoop Dogg wasn’t quite prepared to see friend Tupac Shakur in such bad shape when he went to visit the iconic rapper in the hospital hours after he’d been shot four times at a stoplight in Las Vegas in 1996.

“When we drive to Vegas to see Pac, we got to Suge house first, so we haven’t even seen Pac,” the MC explained on Logan Paul’s “Impaulsive” podcast, as former Death Row executive Suge Knight was driving when the “Me Against the World” rapper was shot in the passenger’s seat.

“We just talking to Suge, and he got the head wrapped up and he telling us what happened and [saying] ‘Pac gonna be alright, he going to pull through he got shot nine times before he going to be alright.’”

Upon arriving at the hospital, however, the Long Beach native was taken aback by just how critical Shakur’s injuries were.

“We feeling like it’s gonna be alright until we go to the hospital and see that it ain’t alright. He got tubes in him,” Snoop remembered. “When I walked in, I could just feel like he wasn’t even there and I fainted.”

Shakur’s mother Afeni Shakur, however, helped Snoop to find his strength, both literally and figuratively.

“She was like, ‘My baby ain’t never seen you weak. I don’t want you to be weak in front of him. You go in the bathroom and fix yourself up and you go back in there and you talk to him and you tell him how you feel.’”

The “Beautiful” rapper also spoke of having tension with his “2 of Amerikaz Most Wanted” collaborator at the time, but was told by ‘Pac’s mother that their love for one another was always clear.

“’My baby loves you,’” Snoop said of the words spoken to him. “She knew there was a little tension, but she knew how much we loved each other. So she gave us a moment for me to say some things to him as far as how much I love him. But I knew that that was gonna be my last time speaking with him.”

DISCLAIMER: The Views, Comments, Opinions, Contributions and Statements made by Readers and Contributors on this platform do not necessarily represent the views or policy of Multimedia Group Limited.
Tags:
Snoop Dogg
Tupac Shakur